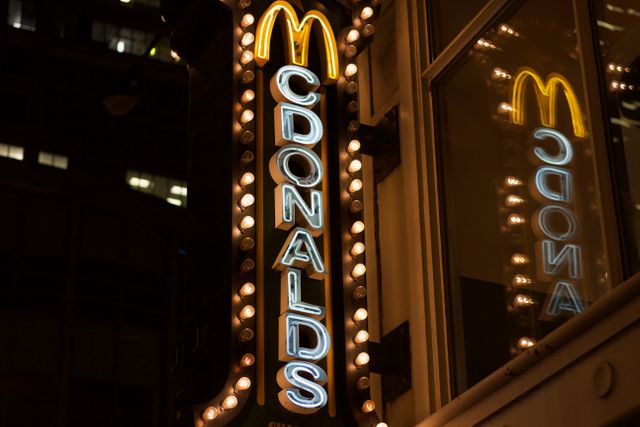 Victoria penned a great piece on the exit of McDonalds’ CEO, Steve Easterbrook, focusing on his accountability. Reflecting on the coverage, what happened at McDonalds is relevant to all leaders who have to decide on a 'star' performer's future or want to encourage people with concerns to raise them.

I spent last week with two very different global organisations: training financial services leaders on how to make good disciplinary decisions and then talking to staff at a professional services firm about what the options are when you observe behaviour that is troubling. Two questions came up, and what was reported at McDonalds last week throws light on the answers in 2019.

When a business-critical star misbehaves, does their value to the business justify a softer sanction?

Until recently, my hunch is that many boards would have found a way to keep their star CEO. His performance had been so stellar that news of his departure wiped $4bn from McDonalds' value. Not many organisations have anyone who is that financially valuable.

For someone with a track record of unambiguous financial success, the historic approach would have been to sweep it under the carpet – possibly a quiet word at a senior level, but no action visible to anyone else. If that wasn't an option or didn't feel sufficient, the alternative would have been to roll out some strong words of disapproval and maybe reduce his bonus a little. Anyone who dared to question whether his position as a culture carrier was sustainable would have been ignored and labelled as worthy, but uncommercial and lacking a sense of proportion.

The McDonalds' board left the historic approach behind and decided he had to go. That sent a pretty clear message to McDonalds' staff worldwide – your behaviour counts every bit as much as what you achieve. We don’t know what the full reasons for the decision were. Was it a recognition of the importance of values? Did the recent press reports of allegations of sexual harassment in the UK and US play a part? We don’t know. But whatever the reasoning may have been, the approach provides a handy benchmark for any leader facing a similar dilemma. Mr Easterbrook said he agreed with his board that it was time to move – do you?

What is the point of saying anything when something's not right?

There isn't a sizeable organisation anywhere where 'bad stuff' doesn’t happen, where the 'breach of policy' isn't just an undeclared consensual relationship but intimidation, bullying, harassment or someone's health being put at serious risk. Strategic leaders focus on two things. They take steps to make sure that the 'bad stuff' in their area is as minor and as isolated as possible. They also create cultures that mean issues get aired and dealt with quickly. How?

At byrne∙dean we spend a lot of time with people in all kinds of roles talking about what to do if they observe behaviour that is 'not ok'. Getting involved is a choice - and one that many people see as all gain to the organisation and no benefit to them. Just because the person who is aware of the issue happens to be a leader themselves is no guarantee that they will do anything either: personal factors, upbringing and culture can silence anyone. So creating a workplace where people with something risky to say choose to do so requires more than management platitudes and external helplines; it requires people to believe it is worth doing. That belief only grows if leaders are known to do the right things: championing and rewarding what is great; challenging and censuring what isn't.

McDonalds’ board wanted to send a message, and what happened will become part of McDonalds' folklore. What will they hope that McDonalds’ current employees - and goodness knows how many future employees - now believe that they may not have before? That McDonalds' values aren't mere words. That the same standards apply at the top as apply to them. That whatever their objectives are, they need to achieve them in line with their employer's values. That it won't be a waste of time if they voice a concern. Apart from better risk management, what could the board hope to achieve? Good PR maybe, even taking into account the media coverage of the settlement package. More than that, they must surely hope for engagement benefits - there is little more dispiriting than to work in an environment where it is 'one rule for them, another for us’ or, even worse, where there’s a concern that #metoo issues haven’t been addressed quickly enough (not that harassment was an issue here).

Taking these decisions isn’t easy; there is likely to be negative comment and cynicism whatever you do. Sometimes it involves accepting a short term financial hit to the business to make longer-term gains possible. Clearly McDonalds didn’t want to look wimpy.

What is it that you do and what is diversity anyway?

Inclusion - is about getting someone ready to leave!
More articles by