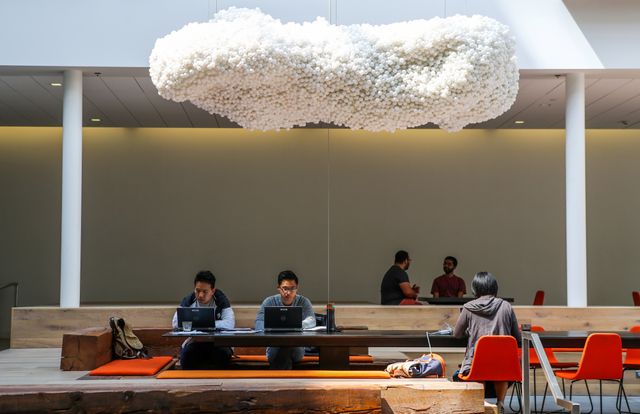 Companies with happy and engaged employees outperform their competition by 20 percent and research shows that we are personally more successful when we are engaged, fulfilled and excited about our work.

Returning home from work one day I overheard a (loud) conversation taking place between two men sat in the row in front of me on a packed commuter train. One of the men was telling the other "how well" his son was doing at work. What he actually meant by "how well" was the fact that his son had just obtained a promotion and a large pay rise. Now I'm not suggesting that promotions and pay rises aren't positive things but it struck me whilst overhearing the conversation just how much emphasis we place on money and hierarchy in order to define success at work. As a society we are slightly fixated on it - the 'higher' up you go in an organisation and the more money you earn, the more 'successful' you are deemed to be. But is that right?

Success is ultimately a personal goal, uniquely subjective and needs to be taken beyond the realms of the workplace. In this modern age, success should be viewed from a more holistic angle - we need to be happy to be able to perform at our very best. For instance, some people do not wish to climb the corporate ladder and simply want to do the very best they can in their role. Success for them is not about promotion but more about performance. Others may view it as securing a job that they love doing, regardless of the pay. For me it is about performing to the best of my ability whilst balancing my home commitments (by being sufficiently available for my partner and children) - when I manage to achieve that, it feels great!

In essence we need to move away from the notion that position and wage packet are the only indicators of success at work and think about how we can create a level playing field where everyone can be viewed as successful, defined by a unique set of standards, different to each and every one of us. Employers have a key role to play here - conversations need to take place that allow people to be seen as successful (and perhaps more importantly allow individuals to see themselves as successful) based on more personal and subjective criteria. Creating an environment where success can be defined in many different ways will boost engagement which will ultimately positively impact on collaborative success. So let's challenge our obsession with money and hierarchy, reframe the conversation and think about how we can engage our workforce by redefining success.

Is The Economist right on corporate happiness?