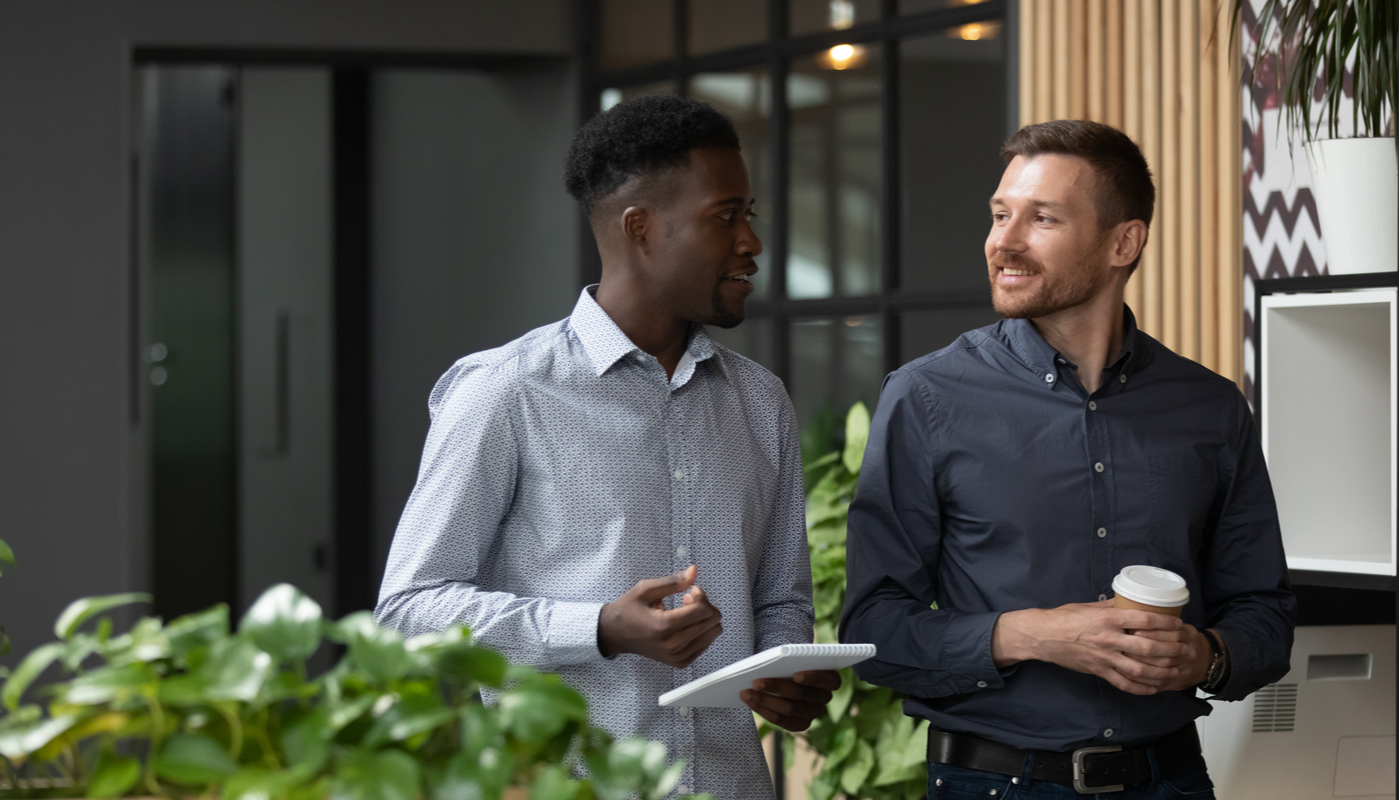 Today is International Men’s Day. I have to admit that when I was asked by my colleague to write a blog about International Men’s Day I was a bit stumped. I know about Movember (once having grown an utterly awful moustache in aide of it’s good cause) but beyond that I was drawing a blank. It made me realise that I’ve never really given it much thought – what is it actually about? What causes does it highlight? What does it mean to me? Cue a bit of Google searching and internet digging and I discover that the purpose of International Men’s Day is to raise awareness of men’s health and wellbeing, to highlight the positive value men bring to the world, their families and their communities and to celebrate positive male role-models. This year’s theme is a focus on better relations between men and women.

Because we are a workplace consultancy, I naturally thought about this through the lens of the workplace and it got me thinking – what does it really mean to be a man in the working world of 2021? I have to be completely honest here – my knee jerk reaction was annoyance – what have men got to complain about? We have it pretty easy compared to some! I run a lot of sessions on diversity and inclusion and the research tells us time and time again that men generally fare better than women in the workplace. Of course it is intersectional (would a black, gay male fare as well as a straight, white counterpart for example?) and there are many complex factors at play so I had to step back from my unconscious bias and challenge myself. Are there still certain stereotypes and assumptions that negatively impact men in the workplace regardless of intersectionality? And the answer is of course yes.

For many men, regardless of your nationality, race, sexual orientation or age, there is still a sense that being masculine means being strong, resilient and hardworking. It means not giving in, not giving up. It means presenting a certain persona to the outside world that may not always reflect the true vulnerabilities and emotions being experienced inside. And men find it harder to talk about this stuff – we know that men are less likely to talk about their feelings than women (there’s a ton of research out there to confirm this) and we also know that bottling up our emotions is not good for our health and wellbeing; three times as many men as women die by suicide, men aged 40-49 have the highest suicide rates in the UK, men report lower levels of life satisfaction than women and are less likely to access psychological therapies than women (only 36% of referrals to NHS talking therapies are for men).

On reflection, I realise that I have been doing the same myself – 2021 has been an incredibly tough year with lockdowns, home-schooling and very intense work-loads amongst other things but I have persistently put on a brave face and told the world that I’m fine, good even, when inside I have been close to imploding on several occasions due to the pressure I have been feeling. Have I sought out support or help? No. Did I think that I probably should? Yes. So why didn’t I? It comes down to that deep-rooted societal notion that men need to act and behave a certain way. First and foremost men often aren’t encouraged to talk about their feelings. In fact, they’re sometimes discouraged from doing so – little boys are often given less time to cry or maybe picked on for being more sensitive- we’re taught at a young age to ‘toughen up’ or ‘man up’. This teaches men to brush the problem off (ie bury our heads in the sand!) and hope it will resolve itself. But this is rarely the case – we all know that to look after our wellbeing, we need to talk about what we’re finding difficult.

We need to therefore encourage men to feel able to share what they are really feeling and the workplace is an obvious place to start – creating a support network that allows those conversations to happen is critical. It seems that in our new hybrid working world, the pressures of work and life aren’t abating, they are in fact increasing, making it clear that these conversations are more important than ever. So for me, International Men’s Day is about celebrating being vulnerable, it is about creating a safe space for men to open up, share their feelings and access support where it is needed. Of course that shouldn’t be limited to one day, but if for one day we can shout from the rooftops that men don’t always need to be strong, that we don’t always need to ‘man up’ and keep going, that it’s okay to not be okay, we can start eroding away at those outdated, unhelpful and damaging stereotypes.

the impact of #metoo on the financial sector - one year on

What is it that you do and what is diversity anyway?
More articles by
Richard Thompson

Starting a new job in lockdown...