The risk of being the silent majority 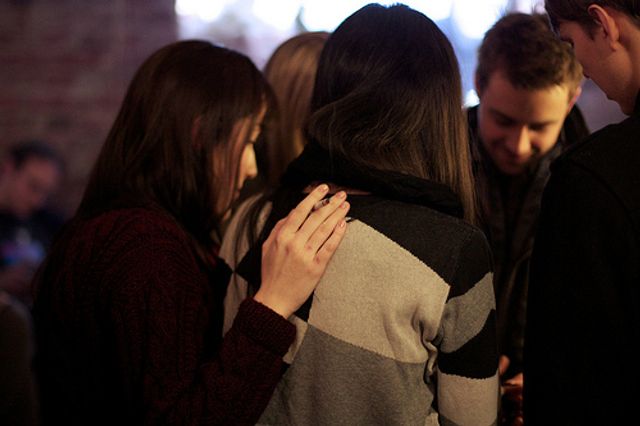 We know that following the EU referendum vote there has sadly been a notable rise in the reporting of hate crime. The vast majority of people, whichever way they voted in the referendum, will be rightly horrified. This is not, I believe, what most of those who voted to leave expected or wanted to happen. How are we to respond?

At byrne·dean we spend most of our time in workplaces, talking to people about their workplace culture, and encouraging everyone, whatever their level or role, to think about the environment in which they work and to take responsibility for it. One of the models we use looks at the perspectives and responsibilities of actors, receivers and observers. In any situation, there is usually someone (an actor) who does something which adversely impacts upon another (a receiver) and it is witnessed by others (observers).

Take an example - you overhear someone (the actor) tell someone else (the receiver) they should go back to where they came from.

In a workplace environment we would typically spend some time looking at the actor, does s/he understand the impact of their actions, has s/he properly considered the perspective of others?

In an ideal world/workplace, the receiver would be able to approach the actor and talk to him/her about the impact and help him/her to understand the receiver’s perspective, and why what happened was distressing, humiliating, offensive to them. Too often, the reason why receivers do not do this is fear, fear of speaking out, of causing a scene, of the implications of confrontation.

So let’s say I am the observer. I may or may not have felt personally offended by what happened but I know that the receiver may well have been. What do I do? I could easily walk on by. It is not my problem and there is no need for me to get involved. I have a lot to do. Someone else will do something – that’s what HR is for isn’t it? When we ask what the result of that inaction might be, the answer is often that nothing changes. But that is not true. There is a change. The actor and receiver have both learned that this behaviour can and does go unchallenged in this culture, encouraging the actor to perpetuate that behaviour going forward, and the receiver to feel more isolated.

What we encourage observers to do is to recognise that the workplace culture is their own culture. If poor behaviour goes unchecked, they are part of the problem. They are contributing to an environment in which this is OK and, each time they let it go, the stronger that reinforcement becomes and the more difficult it becomes to challenge the next time. If they want to work in a culture which is respectful, kind and fair, they need to play their part in creating and sustaining it.

Broadening that out then, when we witness racism, whether Brexit related or otherwise, or indeed offensive behaviour of any kind, we have a choice. We can walk on by. We didn’t do it. It is not our fault. Someone else should sort it out. But this is our country, our culture. If we want to preserve the tolerance and respect we associate with Britain, it is up to us observers to act. If we don’t , we are creating the impression, and as a result the reality, that the behaviour we deplore can go unchecked.

What can (should) we do? It seems to me there are three options (assuming we have ruled out the do nothing approach). The first, and the most simple, is to talk to the receiver. Tell them that you have witnessed what happened and are concerned about it. Tell them that you do not share the views expressed. Ask the receiver how they feel about it. Show empathy, make it clear that they can talk to you and help them understand they are not alone. Be nice. When I fell off my bike the other day, people stopped to ask if I was OK, if I needed help. Let’s do the same when someone is told to F off home.

Secondly, and this may not always be either possible or wise, talk to the actor. Tell them that what they have said is unacceptable. Let them know the impact of what they are doing – in the case of much of the abuse that is currently being reported, of course, this will not need explaining and is likely to have been the intention, but what might be news is that us observers do not agree, that we feel offended. As I say, however, confronting the actor may well not be a safe option but we should let that deter us from doing something.

The third option is escalation of some kind. We can tell the police. If it’s at work, we can tell HR or our boss. If it is happening in a shop or on public transport we can approach someone in charge – the bus company, the shop owner.

This third option may not always be possible and the second may not always be safe. The first is almost always going to be both safe and possible. It is our culture. If people change it, if people take it away, it will be partly because we let them, because we missed the opportunity to stand up, step in and do something. We will not be entirely to blame, of course, but we will share some of the responsibility.

Anti-Bullying & harrassment week – my story – being bullied at work

A Noel Clarke pause: what BAFTA could have done
More articles by
Richard Thompson