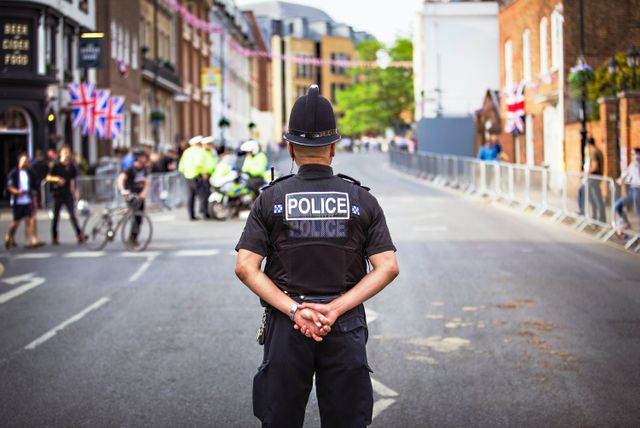 She was chosen for the commissioner's job ahead of National Police Chiefs' Council chairwoman Sara Thornton, Essex Police chief constable Stephen Kavanagh and Scotland Yard's Mark Rowley. Her appointment means that for the first time all three top policing jobs in the UK are held by women: the Met commissioner, the head of the National Crime Agency and the president of the National Police Chief's Council.

It feels, well, a bit shameful to acknowledge that I make biased decisions about people -  decisions that are (to use an even more troubling word) prejudiced. But I do.

Does that feel like an accusation? Can you feel yourself wanting to push back and say (rather emphatically)  ‘No I don't'?  As I write this now, I know I want to reject it, deny it. If I were reading this, I might even feel a bit offended and stop here.

So providing effective unconscious bias training requires thought. Put simply, this sort of training just doesn’t work if the people attending it feel accused and defensive. They switch off. It can even make the impact of their biases worse.

We need to approach it differently, in a way that allows participants to accept and understand that we all have preferences, we make automatic associations, and we have stereotypes that impact our thinking. It’s natural and normal.  Training needs to be non-threatening, non-judgemental and, crucially, engaging and practical. There’s loads of great research out there to help.

This week though I think I may have to ditch one of my favourite exercises. It is based on the ‘Police Chief Study’ done in Yale by Cohen and Uhlmann. In short, the study revealed that people unconsciously adjusted selection criteria for the role of Chief of Police to make it fit with the person of the gender they wanted to recruit (the male applicant). It wasn’t a conscious decision.  "They, perhaps, felt that they had chosen the right man for the job, when in fact they had chosen the right job criteria for the man." (Cohen and Uhlmann, 2005)

Our stereotypes, the ‘pictures in our minds’, tell us ‘that’s the person for the job’ and then we make the selection process or criteria fit with that. Our brains do that really fast – before we know they have. And just in case you’re still pushing back against my ‘accusation’, the people in the study who thought they had been most objective in fact showed the greatest bias.

The role of chief of police is heavily gender stereotyped. Or at least it was. The recruitment of Cressida Dick as the Met’s Police Chief, and the appointment of other women to key UK policing roles, may be changing that. That’s the great thing about our unconscious biases. We can change them. We can, usually with increased self awareness and conscious effort, build different pictures in our minds and new associations. Our brains’ stereotypes have been built up over a lifetime, one swallow cannot make summer and all that, but we can make a start.

And maybe before too long when we Google ‘top banker images’ we will be greeted with a gender diverse set of photos…rather than a sea of predominantly male images, with the odd female, alongside Leonard Di Caprio from The Wolf of Wall Street.

Until then, I’m off to find something to replace the Police Chief exercise from our unconscious bias training... I’d love to hear from you if you are thinking about this stuff too.

HR - the first line of defence in challenging bias!