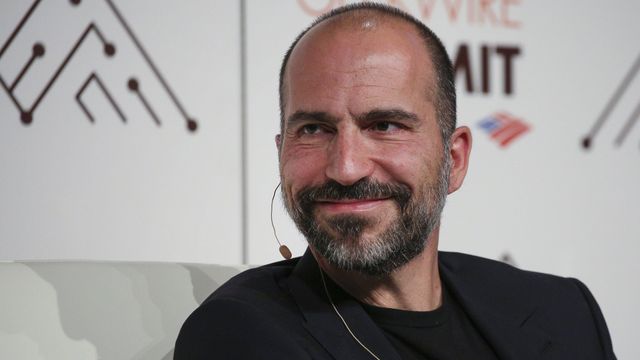 Dara Khosrowshahi, Uber’s new boss, clearly realises the need to reform Uber’s image as a growth-at-any-cost business that may have taken the corners too fast. He has apologised to Londoners for the car-booking business’ mistakes while vowing to appeal Transport for London’s refusal to renew its licence to operate in the city. It was all good until Mr Khosrowshahi said: “We will run our business with humility, integrity and passion”.

Businesses aim for targets - often economic (growth, profit, market share) but also perhaps developmental, technological, ideological even. If Uber’s situation shows anything, it is that how you choose to get there really matters.

Social media expands by the second with angry voices debating whether TfL’s decision to revoke Uber's licence was fair.  I make no comment – I haven’t seen the evidence.  But it appears that TfL’s action cannot be dismissed as entirely groundless.  If reports are to be believed, by it’s own admission there was something rotten in the state of Uber.

There’s a parallel with many employment disputes.  A manager 'caught out’ presiding over a questionable workplace culture bemoans as ‘cynical’ and ‘unfair’ an action taken by a disgruntled employee (not to mention any penalty imposed by an employment tribunal). “Oh come on!It’s just how it is here. No-one ever complained before!”

And then there’s the finance sector.  Now bearing the weight of regulatory rules, scrutiny, expectations of integrity, feeling the pain of personal accountability ten years on from the crisis.

What did the victims of these various sanctions do to deserve them? Enough. Sometimes not all of it. Usually not all of them. But there’s usually enough that didn’t feel right.  Enough that was allowed to continue, too long, unnoticed or un-noted. And enough people who knew it.

And when it is finally called out (and it will be) the reaction, the penalty, may feel (be?) disproportionate. Even wrong. Particularly where it creates wider ripples which impact on the innocent. But if you profit financially or otherwise - directly on indirectly - from allowing a disorderly house, it seems you can expect the pain of the clean up. And it may not feel fair.

Reputation, culture, and conduct - individual and organisational – aren’t just nice to have. Get it wrong and it hurts.

I dream of equal rights