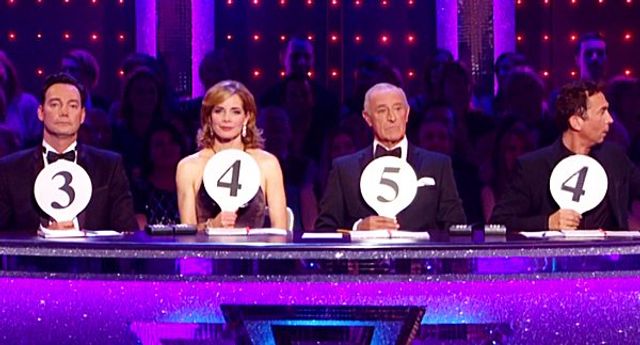 Listening is the key skill for effective people leaders. It’s also a skill that many of the leaders I work with recognise they could improve upon. Unlike driving, listening isn't something that most people think that they excel at it! My sense though is that few of us recognise just how bad we are. At byrne.dean we’ve now got a simple tool to help you with that.

We trialled it on ourselves this week. It’s a straightforward benchmarking exercise and used properly will drive real change. It took us less than ten minutes to complete and we did it as part of a discussion on listening.

How it works; every member of the team needs an envelope and as many post-it notes as there are team members. Ideally the post its should all be the same colour and people should use similar pens. That way all contributions will be anonymous. In teams with trust issues, you should probably agree up front that no-one will try and find out who contributed which scores to the exercise.

It's simple. First each team member writes their name on one of the envelopes and puts their envelope with all the others. On the first post-it you score yourself out of ten: “how well do you listen to others in the team?” The range is from 0 (not listening at all) to 10 (listening as well as you can possibly imagine).

Having scored yourself, you score each member of the team; one per post-it. If you write on the sticky side of the post-its, it can be folded on itself and then anonymously placed in the relevant team member’s envelope. In a few minutes everyone’s envelope will contain as many anonymous folded post-its as there are team members willing to score them. You can, if you wish, place your own score in your own envelope, but you know what you gave yourself!

It’s probably wise to take your envelope away with you and open it later, on your own and to reflect on what you have learnt.

What did I learn? For context it’s probably worth explaining that I am the founder of the company and I took the decision to employ all of the people in the room. I am, however, not the leader of the team, I work alongside them.

Scoring myself was quite easy. I am self-aware enough to know that I have highly developed listening skills, but that I seldom use them unless I am in the sort of professional situation (like coaching or facilitating groups) where I need to use them. It’s probably cheap to recount that my life partner tells me this regularly (and in rather blunter language).

I already knew that I had a reputation within the team for being a poor listener and (worse?) as someone who does not read emails etc.. One immediate benefit of the exercise was to make me focus on the lack of respect I display every time I fail to listen or ignore an email.

Before the exercise I probably would have said that I tended to listen only to things that I found interesting. In the hours since we’ve done the exercise I’ve been forced to consider the impact that my selective non-listening may have on my colleagues. It’s made me consciously focus on something that previously was probably just a feeling. If asked I think I would have categorised my selective non-listening as a (hopefully endearing) quirk; part of my overall self-image as someone who has more going on in their mind that they can properly deal with.

I don’t think I’m happy with that any more. Largely because the exercise has made me focus the impact of my behaviour on others.

With scoring others, the first thing I learnt was that I don’t speak enough to each member of the team to feel confident enough to score all of them. At first that bothered me although on further reflection, I wondered if it could be a good thing; did it mean that I haven’t pigeon-holed my colleagues? However, I had clearly pigeon-holed some of them; as being either good or not good listeners.

During the exercise I failed to persuade myself that the pigeon-holing I had done could be described as being evidence based. Rather I understood that it was the product of the sort of unconscious heuristics or shortcuts that we speak about in our work everyday.

With this in mind I started to question the validity of the exercise. If it is simply perpetuating biases (and preferences) that we have about colleagues, how can it be useful? I continued because, to quote something I regularly tell the leaders I work with; “there is no reality of performance.” Everything is an impression and there is surely value in each team member being told the impression that others on the team have of their listening skills.

When I opened my envelope I was faced with what I think I had expected (or at least hoped for). I knew that the majority of the team would rate me as having poor listening skills. They did! I had hoped that some of the team would rate me as having very good listening skills. They did. Suddenly though I realised that the high scores were from what we at byrne.dean call my PLMs. The acronym stands for ‘People Like Me’ and means “the people you connect most easily with, the people you chose to spend time with, value and listen to most”.

Given that listening is part of the definition of a PLM, I suppose that’s as it should be? But the real value in the exercise is that it showed me plainly and simply that I, like everybody else, have PLMs and PNLMs (people not like me). The exercise is a great reminder that we must all focus on the individual relationships we have with each of the people in our shadow.

What I am going to work on is far from simple. I have been left with the unsettling idea that once you are aware that you are a selective non-listener, it’s possible that you may give people the impression that you are selecting not to listen to them. I would always argue that it’s subject matter that primarily determines whether I listen. It’s not personal. But, of course, there are some people on the team whose job is to bring inherently uninteresting things to my attention.

Whenever we ask people to describe inclusion they will say that being listened to is a big part of that. Go on, be brave, ask your team how good you all are at listening! Start a conversation about it.

How trust leads to better performance