Big ideas from Roundtable 3 on Race 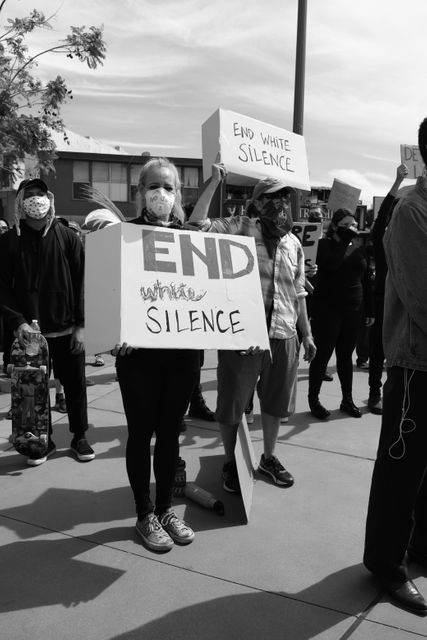 Our third roundtable was as productive as the previous ones. Feel free to get involved. Here are some ideas from it.

1. Creating safe spaces – for everyone

We started with a discussion of safe spaces, initially these were requested by people of colour following the death of George Floyd as somewhere to discuss what had happened and how they felt. As time has passed white colleagues too have wanted to explore their reactions to the increased focus on racism and ideas like white privilege.

We generally accepted that this sort of space, that normalising conversations about race between employees from different backgrounds is an important part of progress towards racially just organisations. We heard how different organisations have encountered problems with safe spaces.

Two stories centred on the use of the live Q&A polling platform Slido. I’m sure other polling platforms that allow people participating in a forum to submit questions anonymously are also available. You can apparently use the app in a moderated mode – in which case only those moderating the forum will see the questions being posed. In other modes everyone participating sees questions being raised by their colleagues.

There was general agreement on the call that there is benefit in using an app of this type – to find out what people genuinely think, what questions they want answers to. There was also obvious understanding that harm can be done when questions are published.

The roundtable embraced the idea that for many people it’s critically important that their workplace generally represents a safe space; somewhere they can be themselves. The concept of psychological safety has gained much traction in recent times; I’ve written elsewhere about ‘The Weight of Silence’ , a very poignant piece written by a black Google employee about how she felt being unable to talk in her predominantly white colleagues about the killing of Eric Garner. The quote from this piece that I use in the work I’m doing with leaders is: 'I’ll never forget how it felt to reject who I was in order to protect myself'. Her colleagues’ silence on the issue meant she felt unable to talk to them about how she felt. They only started to talk about it when the peaceful protests started. She remembered them asking ‘What do these people (the protestors) want?’

On the call too there was a clear understanding of the position of white working class colleagues, perhaps the first people in their family to go to university, who have sacrificed much to get to their current position and who express surprise at the idea that may in some way be privileged. We accepted that a portion of the workplace are likely to think that their employer is being woke, that its support of Black Lives Matter is 'PC gone mad' and forcing people like me down a route.

We discussed the concept of safety at an organisational level, we also heard a very powerful story from the individual level. Two colleagues who work closely together: one black, one white and with a non-white partner, having what was felt (by the black colleague) to be a long overdue conversation about race. My notes read: 'I was disappointed by the conversation, my colleague expressed the view that all lives matter. I was very measured in my approach. I see it as an ongoing conversation, the solution is longer term, it’s not about trying to resolve things immediately. There is no magic wand and a solution relies on everyone.'

I asked whether the pair had sought to agree some sort of safety, some ground rules, ahead of the conversation. I learnt much from the response. Again reading from my notes: 'I want the people I am talking to be honest with me, to share their true feelings. I want to hear who they are. It’s not my duty to make them feel safe.'

Time and again in these conversations I have been struck by the tolerance being shown by black employees towards their colleagues: nothing is going to happen overnight: there is no magic wand. Here though was something else: it’s not my place to make them feel safe. The white colleagues must create that feeling themselves: they need to feel safe exploring these subjects. Where is that safety going to come from?

2. Can safe spaces ever be safe: nothing is off the record

Inevitably, because it’s where we come from, there were quite a few employment lawyers on the call. We started looking at the Slido issue (and by extension the one to one conversations between colleagues) from a risk perspective: 'the employment lawyer in me worries: you can’t actually have an off the record conversation.'  What she was saying was that if the black employees were ever minded to bring a discrimination claim (or similar), they would always be able to make reference to comments made in these conversations.

Is that how we should look at this though? For many years I have sought to tame the employment law monster: to get people to think about where in the hierarchy of risk the possibility of a legal claim sits. One of the participants on the roundtable captured this square on: 'this is about recognising that there is a legal framework and there are cultural responsibilities too; wider than that are financial and fiduciary responsibilities and the moral dimension – what we need to do as good leaders.'

I was struck again, as I have been in earlier roundtables, that a thoughtful and effective response to Black Lives Matter and the move towards racial justice internally is going to be far easier for genuinely purpose driven employers. We agreed on the call that that an employer can use something like the publishing to all of the potentially offensive Slido questions, as an opportunity. If the leaders of that organisation demonstrate to everyone – to all stakeholders -  that they themselves are genuinely grappling with the issues and they then act fairly and transparently, then there is a clear route forward.

As was said on the call: 'What’s on our side is that very few people see themselves as fixed and what we are offering is an opportunity to see the world in a new way.' Going back to the possible discrimination claim relying on the potentially offensive comments being made by individuals in a firm, those individual comments will look far less damaging set against a weight of evidence that the firm is genuinely trying to change the dynamics about race and ethnicity.

3. How do we avoid polarisation?

At the roundtable we agree that polarisation of the sort we are seeing in society is what employers need to avoid. We identified a number of solutions. I can’t do justice to all of them in a short piece. The thing to do if you are interested is to get involved in future conversations, or to await out output. It really does feel though like we are getting somewhere, possibly shifting the dial.

Here are some thoughts:

a. “What’s important is that we need to get people to focus on structures and systems rather than on the impact of individual people’s motivation.”  This feels like very safe advice. As Robin DiAngelo makes clear, it's the definition of racism as a series of individual, ill-intentioned acts that's meant that people who don’t often think about the colour of their skin haven’t properly addressed their role in supporting systemic racism. In our work with individual leaders we start with definition and press people to understand that they support racism principally by doing things that feel completely normal and unrelated to race.

b. There needs to be a certain level of education and, as someone said on the call, 'sometimes you have to tell people something seven times'. From comments made on the call it feels like we should start with the idea that expressing the view that all lives matter can be problematic for others.

c. Frozen leaders need support. Time and again on these calls we have come back to the idea that it is the largely white leadership of the firms we’re working with who are going to have to deliver racial justice. This is about making sure that they have the right support.

d. 'Join me on a journey leadership' is surely the way forward. Leaders need to share their own experiences, perhaps how they persuaded their Dad to understand the dynamics at play or their realisation during lockdown that they (as men) have participated in a system that has allowed women to do most of the homeschooling and the housework. Because the systems we have grown up in are deeply sexist.

e. Perhaps we need different types of safe space.  We might have created Diverse Listening Circles, for people of colour only and the might have Accountability Groups made up of white colleagues or diverse groups and focusing on learning and on holding each other accountable.

I'm very much looking forward to continuing the chat. Please get in touch if you would like to participate.

Black Lives Matter: how we behave at work

Questions for our second roundtable: enabling conversations about Race

Inclusion and Integration for Balance for Better

#ChooseToChallenge at work? Okay. But how?
More articles by
Matt Dean