Dealing with rape claims in a post #MeToo workplace 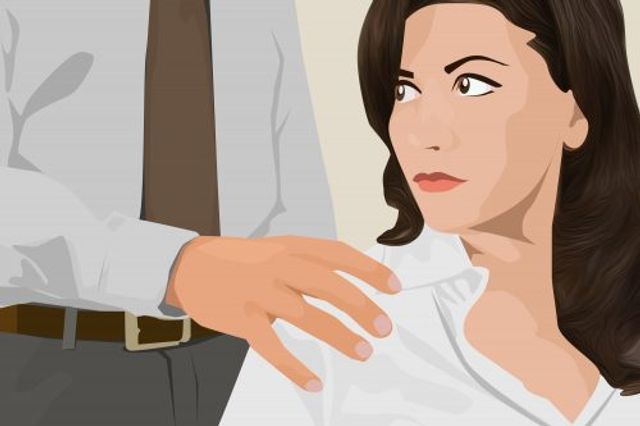 This summer has seen a great deal of press coverage about UBS’s handling of rape claims against a senior employee.  I’ve spent half a career as a lawyer helping banks like UBS in situations like this. The second half has been spent at byrne·dean working with the same employers to create kinder, fairer, more productive workplaces.  Where this sort of thing doesn’t happen.  Or if it does, we do what we can to minimise the damage done.

I’m making no comment whatsoever on how UBS have handled the situation.  I know none of the detail.  Nor am I saying I have the answers, just that there may be benefit in sharing some things I’ve learnt over 30 years of advising on this sort of problem.  Practical ideas to guide those involved in handling serious (and actually less serious) transgressions.

1) Above all else, react to the human being

Nine years ago I came back to work after a six month illness.  I asked some of the people I worked with what I’d missed, what they’d learnt while I was away.  Siobhan’s answer stands out: “all employment problems are emotional problems and we’ll never solve them with a quasi-judicial process.”  It’s an idea that’s influenced much of what we’ve done since.

The point is this: when someone complains of a serious transgression, act with humanity and warmth towards them.  Do whatever you can to make them feel (marginally) better about what’s happened.  Genuinely care about how they’re feeling and show them that you care.  Because how they feel will determine how the problem progresses from this point and how much more (avoidable) damage is done.

Of course, at the beginning the employer won’t know if the thing happened.  That should not translate into suspicion.  Treating the person who’s complaining as if the thing did happen and offering them support reduces the risk of further damage.   Some of you are probably saying (possibly screaming) ‘but what if it didn’t happen?’ ‘What if they’re making it up?’   Experience tells me that that’s unlikely, particularly if the accusation is grave and the human being the complainant spoke to initially believed her.  And if she is indeed making it up, we can deal with that later.

Or you may be focusing on the rights of the accused.  Due process is, of course, important, and post #MeToo much has been said and written about the rights of alleged transgressors; their careers should not be over because a complaint has been made.   My sense is that we need to strike a balance between the rights of both parties and not one that simply protects the status quo.

2) You can stare down the employment law monster!

People in crisis phone the lawyers to be told what to do.  Having done so, they tend to do what they’re told.  I often warn against a culture that can develop whereby people in HR, as soon as they sense that they may be entering the lawyer’s territory,  become afraid of taking any action.  At some point I’ve started to talk about fear of the employment law monster and pushed the point that the monster’s bark is worse that its bite.

In any situation advisers need to prioritise the various risks facing a firm. In a rape allegation or similar, the threat of being sued (either by the alleged victim or alleged transgressor, normally for want of due process in their case) comes way down the list, after things like:

All too often investigations into allegations of a sexual nature focus on the fact that the participants were drinking. Attempts to address cultural issues focus principally on limiting or policing the use of alcohol.  A recent case study could be the well-publicised struggles of New Zealand’s premier law firm Russell McVeagh (who get top marks for being completely transparent about their failings and committing to address the issues).

On imposing rules:  my clear view is that we should be appealing to the integrity of the people in workplaces, to act in a way they’re proud of.  Having been involved in too many of these situations, I don’t see  alcohol as the cause.  The cause is more an embedded sexism and culture of objectification that hasn’t been addressed and presents itself in certain situations as a sense of entitlement.

We’ve got to change the nature of the conversations in workplaces and that’s what we’re committed to doing at byrne·dean.

First, make your bed. Actions speak louder than words when it comes to workplace behaviours.

When is it "not OK"?
More articles by
Matt Dean