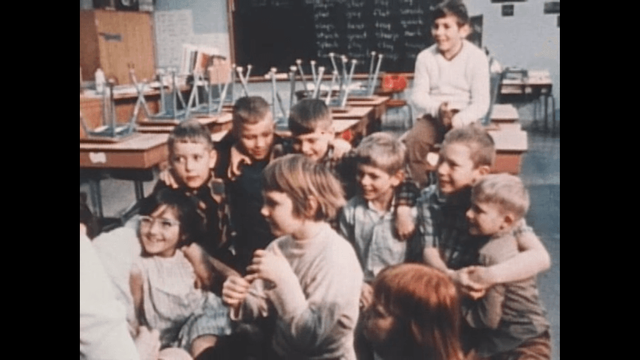 Inclusion week!  Whatever next?  In 2004 I was accredited by the Boston firm J.Howard Associates in a program they called Creating One Firm Through Inclusion.  Participants in London regularly used to say; ‘Great course; why’s it got such a stupid name?’ Everyone got the concepts, everyone understood that how well we work is a function of how we feel. Still the language of inclusion took a while to catch on.

I ran that course so often, tracts of it sit in my subconscious.  I ran it in 12 countries; overlooking Sydney Harbour Bridge the morning after I’d watched a friend compete in the Australian Tango Championships and in the ball room of a hotel that had been a Soviet Ministry, just across the road St Basil’s Cathedral.  The program included a video of Jane Elliot, the elementary school teacher from Riceville, Iowa who in 1968 separated her third-grade class on the basis of their eye colour and watched them become high or low performing (depending on which group they were in).

I clearly remember the surreal scene, having a coffee as the video played, listening to Jane’s Midwestern tones in the heart of former Soviet Russia.  I watched my Russian colleagues taking on board the universal message; if I treat you like sh*t, you’ll be a problem, but if I can show you how well you can do when you are in the in group, then you can fly!

Jane’s message went down well everywhere; in new and old democracies and one-party states, in more or less developed countries.  Because inclusion is an emotional, intuitive concept, not an intellectual or cultural one.  If you’re not invited to the party the pain receptors fire.

One line from the tape always stuck in my mind, “This is a fact: blue eyed people are better than brown eyed people.”  I’ve just watched a twelve-minute version of ‘A Class Divided’ on You Tube.  I think you should do the same during Inclusion Week.  I hadn’t seen it for a few years, certainly not post Trump era.  It’s occurred to me that in the time of fake news and the rise of the Alt Right, we could do worse than revisit Jane Elliot’s work.

I can’t remember why I’ve stopped using it in my work. I was lucky enough to meet Jane and talk to her about what she did and her motivation.  She became known as an anti-racism campaigner and embroiled in racial  controversy, but she was entirely clear why on that first day in 1968, although she was sickened by the appalling behaviour of the ‘superior’ group that she had unleashed, she knew she had to carry on with the exercise.  It was the boy (and remember, she was teaching the remedial class) who asked her if he could take his spelling book home.  His Dad didn’t believe that he could spell.  That day he had done brilliantly in the test.

Go on, give it a watch for National Inclusion Week. It’s twelve minutes and it could change your life. It did mine!  One word of warning – they’re white kids from 1970 and they use the N-word.

Our second roundtable on Race

Inclusion - is about getting someone ready to leave!

"My boss did nothing... I was angry with him for a long time." Courage and inclusion.
More articles by
Matt Dean