Five thoughts on delivering targets for ‘Women in Finance Charter’ 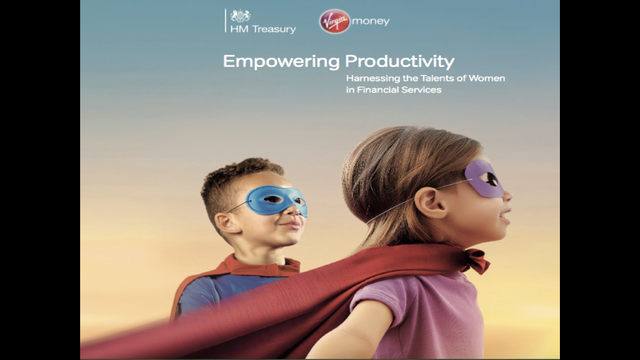 I’ve spoken recently to a few people trying to work out how to deliver their firm’s obligations as signatories of the Women in Finance Charter. Quite rightly Jayne-Anne Gadhia’s report (‘Empowering Productivity’) is short on detail as to how to achieve greater female representation in senior management. That is, after all, what empowerment is about; clear objectives making ‘the what’ clear, but leave ‘the how’ to individuals.

On the radio this week Ms Gadhia was clear what she sees as the key to achieving the searching targets that signatories to the Charter are setting themselves. As someone who has spent much of the last 15 years working with managers in financial services on their people skills, I’m 100% behind Ms Gadhia’s view that middle managers hold the key. I’ve spent a couple of days thinking about what I’ve learnt in that time to help you if you have the task of hitting stretching targets for senior female representation.

1. Put your best ‘people people’ on the job

In every part of every bank I’ve ever worked in there are people who stand out as being intuitive ‘people people’. They are respected for their ability with their people, for the loyalty and trust they generate. They’re normally excellent at delivery too (because they have a loyal following who work hard for them). These are the people you want to bring together as the group responsible for driving the Women in Finance Charter project. They can be men or women and they’ll probably come from different levels of management. What’s critical is that they are perceived by others as being the firm’s intuitive people managers and that they are given real power to change things. They need to be endorsed and backed by the firm’s most senior leaders.

2. Stop disrespecting the ‘permafrosters’, value and support them

Across the industry the most common diagnosis for finance’s people failings is one quoted in Ms Ghadia’s report; we promote because you are good at what you do, not because you have people skills. You’re the best trader, so you end up managing a dozen traders or more (and still having the same delivery targets). Is it any wonder that you don’t take the people challenge seriously and people start talking of ‘the permafrost layer’? Little is expected of these people.

We need to change this narrative. We are relying on these people to bring about a critical change; in this case to promote more women. What Ms Ghadia refers to as ‘supportive and flexible people managers’ are absolutely crucial to firms’ continued performance. Firms need to start thinking of middle managers not as producers but as people leaders and they need to invest time (of the senior managers above them and of SMEs from HR and elsewhere) in them or perhaps in someone to whom they have delegated the people management role in their area? Just because you are the alpha male (or possibly female) in your area doesn’t mean you have people skills. Delegation works too.

3. Middle managers must see the achievement of female targets as ‘their problem’

Nobody changes their behaviour just because they are told to. This tends to get overlooked in much culture change strategy. If middle managers are going to deliver the change that banks need, then each individual manager needs properly to engage with the challenge.Part of what will engage them is the evidence; there are many compelling studies (some referred to in Ms Ghadia’s report) that show how firms with more senior women outperform their rivals against any number of (hard financial) benchmarks.

But, the evidence will only take you so far. There needs to be an emotional connection too. For me the role of senior figures within the bank who ‘get it’ is absolutely crucial here. They need to be operating one-to-one with the middle managers and not in townhalls. They need to be having relational conversations with the people in their shadows, the people who trust them. They need to be sharing their own thought processes and how they have overcome the reservations they inevitably had on the subject of female targets. They need to explain why they are clear that this is absolutely what the bank needs to do and, most critically of all, how the individual managers are going to benefit from the advancement of more women.

Let’s be clear most of the middle managers will have ‘grown up’ in male dominated and hugely successful banks in the period before 2008. That’s an awful lot of formative, personal experience shaping some very strong (unconscious) instincts and preferences amongst the group we’re now asking to own some pretty stretching female advancement targets.

I’d use external experts sparingly in this process. Probably to run some opinion shaking sessions that help middle managers see that they do do this unconsciously; that they may inadvertently be part of the problem when it comes to the gender split. Then the ‘heavy lifting’ needs to be done by the bank’s own leaders. They need to connect with the middle managers, to encourage and cajole. They’ll probably need to be encouraged to have these conversations and possibly shown some of the skills of relational, trust building one-to-ones. There is some science involved.

4. Dealing with the (natural) defensiveness of the men who feel they’re under attack

For the last few years I have had the same reaction to anyone (any men if we’re honest) telling me that the ‘pale, stale male’ is an endangered species in banking. I’ve suggested that reports of their demise appear to have been greatly exaggerated and pointed out something they often seem unaware of: that they make up between 80 and 90% of the people in the room. But if banks are going to deliver the Charter’s recommendations, things are going to be different. Banks are signing up to move from perhaps 30% women (if they’re already doing quite well) in management to 50% in 2020. To achieve that sort of change, the norm is going to have to be that women are chosen as a matter of course;it will certainly appear chosen because they are women.

These selections will appear unfair and unfairness generates anger. To be clear men (senior men) have displayed vitriol to me when they talk about the woman’s affinity group their firm has set up. It’s exclusive, it’s discriminatory they have ranted. If they are bothered that women are getting invited to have a glass of warm Chablis with an Olympic rower, what will happen if they are apparently getting all of the promotions? Banks will experience very significant levels of disaffection and disengagement unless they act now.

I think that the answer is to be open and transparent and to include men in the discussion now. I’m being asked to facilitate this sort of discussion in a number of forward thinking banks; not a training so much as an opportunity to question and to discuss and understand what the bank is proposing and why. Possibly an opportunity to rant in a safe(ish) environment and maybe to be warned to ‘get with the programme’.

These men’s groups need (I think) to be facilitated by men. I think that the ideal would probably be for charismatic senior leaders of the bank to facilitate these discussions, but to date none I’ve met have felt comfortable navigating the perceived ‘booby trapped minefield’ that talking to a group of opinionated men about positive discrimination in favour of women represents. Maybe I’m strange but I think ‘bring it on!’ There is also benefit of an outsider facilitating these groups: he can’t be argued to be binding the bank to policy or action.

5. People need to be rewarded for displaying these skills.

Ms Ghadia’s report recognises a fundamental truth of banking and something I learnt last Century: “if you want it to happen, it needs to be reflected in comp.”The whole thing will fail unless your firm works out a realistic way of ensuring that the ‘supportive and flexible people managers’ and the people who achieve the stretching female representation targets get rewarded for so doing. This isn’t difficult; the people running the project for you (with the support of the firm’s senior leaders) can drive this. If they don’t, nothing will happen.

The Banking Sector needs to be more diverse