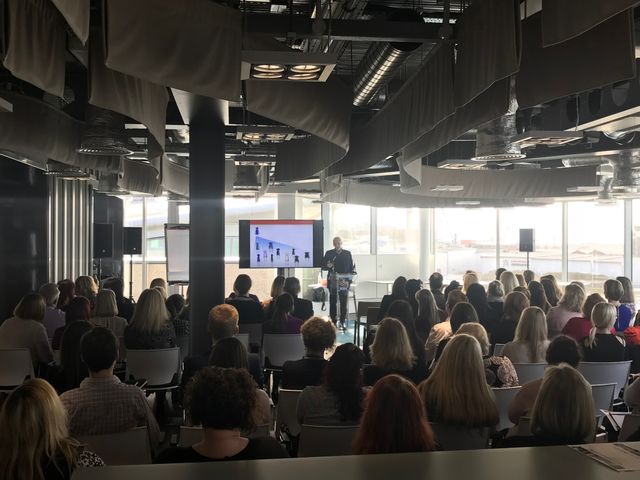 I’m lucky enough to be in Jersey today doing my first International Women’s Day event in a global bank.  Their theme for this year is #speakupforinclusion and it’s felt right to be a bloke talking to a mixed audience about how we all need to work together on this; how it’s our job (individually and collectively, as men and women) to create an environment in which we’re all happy to talk about workplace dynamics and how we feel at work.

Speaking up and how we feel at work aren’t, of course, simply gender issues, but gender plays a role in both.  They’re also fundamentally important issues.  The main findings of Google’s wide ranging study of team performance (Project Aristotle) were clear:  if we feel safe, if we’re free to take our turn in the conversations of the team and if we feel that the people around us will understand when we’re upset and change their behaviour accordingly, our team is likely to perform more strongly. We’ll also have better mental health, less stress and probably a happier home life.

How many blokes were there in today’s audience?  Not enough, but a good number.

My main messages to the blokes?  That we’ve got a job to do!  That we’re often not good at seeing how privileged we are and that we see workplace interactions through a lens that what happens to us is normal.  Negative stuff doesn’t typically happen to (white, middle-class, university educated) blokes like me simply because we are blokes.  So we tend to imagine that it doesn’t happen to anyone else either, simply because they are a woman, a person from Africa, someone in compliance etc.

My working hypothesis is that you only start to be interested in why stuff happens to you when negative stuff happens to you for reasons you can’t control.  This happens to women early on in their careers, just read today’s FT.  For example, the woman “being thought of as not very intelligent based on the way I look”, or the law firm partner I spoke about today who every day asks herself whether her negative experiences are to do with her being a woman or just her being her.

My cancer experiences have allowed me to grasp how privileged I am. Negative things do happen to me for reasons I can’t do much about: whether it’s because of my lower energy levels or how I speak with my new tongue.  The point is though, you don’t have to have those experiences to understand that your lens is neither normal, nor is it the one through which others see the stuff that happens to them at work.

Be curious, ask questions and listen to the answer!

My main messages to women?  Think about how you will answer those questions, think about the stories you can use that will have maximum impact.  It’s stories that stir emotion and precipitate action.  Actually, don’t wait to be asked, think about using your stories constructively and start having those conversations!

My main messages to men and women?  The question is now all about how we use power in organisations.  Weinstein and the attendant movements are an opportunity that individual people in banks need to pick up and run with.

First, embrace the fact that you have power, whoever you are.  Also that it’s the simple stuff (like how your colleagues feel) that’s most important.

Second, cognitively engage with what’s really important to you, on what your views are on issues like equal pay or on how power should be used.  Distil that down into a simple sentence that you can use.  That simple cognitive engagement will affect how you behave in social situations.  Many powerful messages are communicated at a social, unconscious level.  Women are assessing subconsciously whether a man respects them.  Men are much more likely to give those signals if they have consciously engaged on the topic (and decided that they do respect women!)

Third, once you’ve engaged, chose stories that explain your position.  Because it’s stories that impact on an emotional level and will actually prompt action.

Fourth, following Weinstein people in workplaces who feel uncomfortable are more likely to speak up and to be supported by colleagues who’ve seen that inactive observers are a major part of the problem.  However, if we are going to reap the benefits of the opportunity that Weinstein presents:

a) Anyone who feels uncomfortable needs to do something.  Don’t assume negative intent on the part of the person who’s upset you.  Almost certainly they’re not focusing on the impact they’re having, they are making their needs paramount and not thinking about how their colleagues are feeling.

b) We need to think about whether we can resolve the matter ‘inside the box’, without escalation to HR or resort to a formal process.  Because process focuses minds on blame and not on how people are feeling and how best we might resolve things.  Sometimes escalation will be the right thing to do.  Often, if we are going to create a kinder, fairer, more productive workplace, we need to stay inside.

c) In the words of Brendan Cox, actors “you do have to face up to how you make people feel, not just what your intention was.  I didn’t reflect on it – that’s not a defence, it’s a failing.”  This is about consideration and consent,  your needs are not paramount (however important they feel), how your colleagues feel matters and others see things through a different lens to you.

Good luck, because this stuff’s not easy, but we have a real opportunity right now!

Inclusion across the city
More articles by
Matt Dean