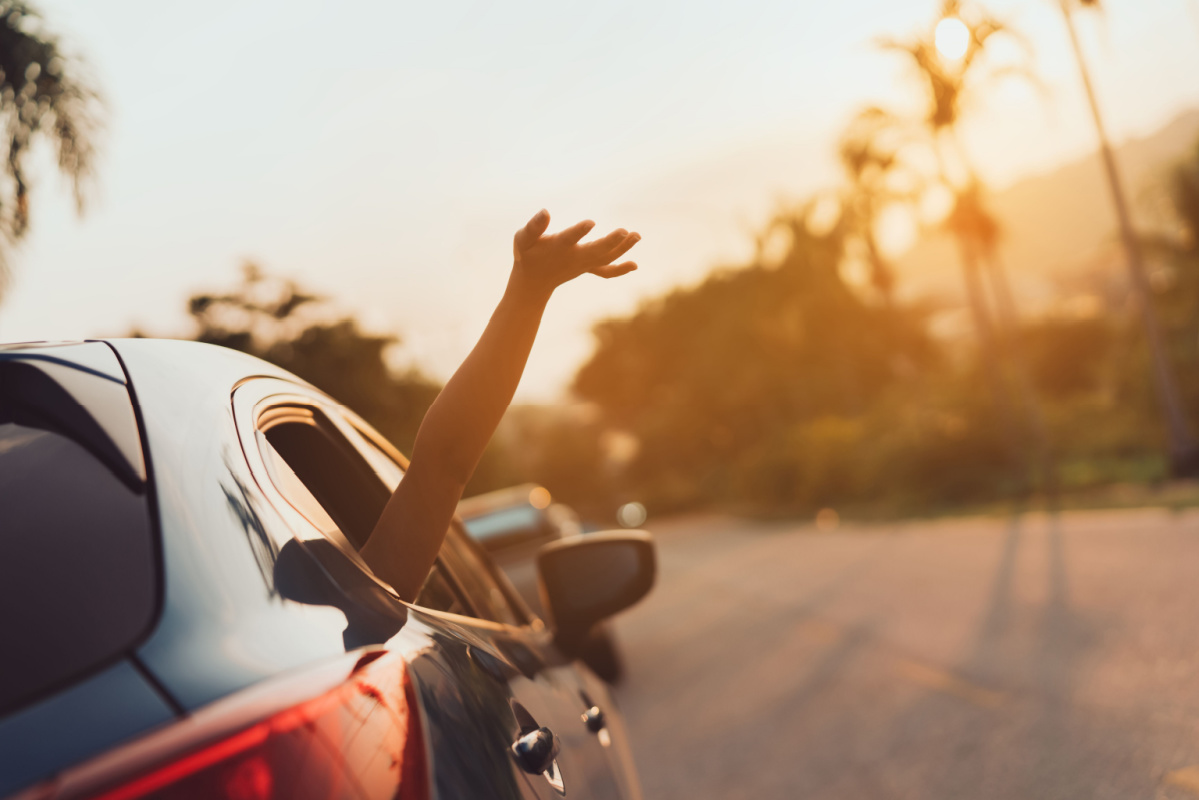 Back in 1980, a Swedish psychologist named Ola Svenson conducted a study asking American and Swedish graduate students to rank their driving ability among their peers. The results were that 88% of the Americans and 77% of the Swedes ranked themselves in the top half when it came to driving safely. In other words, they had vastly overestimated their skills.

Byrne·dean’s founder, Matt Dean, makes a similar point about selection and recruitment. For Matt, both driving and selection have become normalised processes, things we do without really thinking - and there’s some research to suggest that, in common with Svenson’s work, many hiring managers think they are better at predicting the future high performers than they actually are.

There’s something very instinctive that comes into selection - we look at the CV, meet the candidate and we just know…or we think we do. Acting on instinct is often where the issues arise - I’m not just referring to legal risks but business sustainability. As pointed out in the CIPD’s 2018 report on Neurodiversity, creativity is key, not only to thrive, but to survive – with the average lifespan of a company down 78% in less than a century1. Business survival is of course dependent on multiple factors but given the critical role that individuals play, hiring the best people and retaining them has to be up there. So how do we identify and select the best and what’s wrong with acting on instinct?

I’ve thought about Matt’s analogy to driving. Hiring is like embarking on a road trip, there’s a few things to consider before you get going and during…

Are you equipped to set out?

For anyone starting out on the process of recruitment, it’s worth getting a few things in order before you venture forth. Understanding the fundamentals, your legal obligations for one is critical, just like checking tyre pressure, making sure the car is safe and filling it up with fuel before you head off on that journey.

Basic as it is, I was surprised to read from the CIPD’s research carried out in 2022 on Resourcing and Talent Planning that just 28% of employers train all interviewers on legal obligations and objective interview practice. Less than a fifth make efforts to remove bias through testing the words of job adverts (18%) or checking that tests are valid, reliable and objective (17%). Having untrained people carrying out recruitment is like setting off on a journey in an unchecked vehicle. It might be ok in the end, but a lot could go wrong, so why risk it? If you don’t read any further, please do ensure that the people in your organisation involved in any form of selection, understand their legal obligations.

Have a clear idea of your destination

Good recruitment is about establishing a sustainable process of identifying talented people with diverse ways of thinking who will add value and keep your product or services fresh.

Getting these people requires a clear idea on what skills your business needs at any one time, both technical and competency based. As your business evolves, these needs will change and so it is really worth giving some considered thought to what you need before you advertise. Narrow down the skills and brainstorm with colleagues.

Once you’ve identified what you need, you can then get creative. You don’t have to follow the same tired old tracks. You free yourself up to consider a candidate who may have a different industry experience to the typical, someone who approaches challenges in a new way, who adds something the current offering doesn’t have.

Without focussing on the specific skills needed, there’s the risk of falling back on type and choosing because it works. I’m thinking here about folk who are capable and safe, just like the people in the post before them. But capable and safe won’t set your business apart and at some point down the road, it might not work that well any longer.

byrne·dean started as a small group of former employment lawyers. Nowadays we’re made up of people with HR; marketing; trading floor; coaching; mental health and digital expertise. We’re able to facilitate human conversations in ways we would never have been able to if we’d stuck with who we were originally familiar with. We’d be missing out but importantly so would our clients.

We’ve all got blind spots when it comes to hiring. Very much like driving, there are parts of the road impossible for us to see.

Our brains are processing large amounts of information every moment and there’s a lot of stimuli thrown at us. Processing everything that we do in a logical and systematic way would be enormously time consuming, so in order to cope, our brains are wired to take helpful shortcuts. Take for example what I do in the staff canteen when I grab a hot drink. I automatically reach for a mug with a handle, rather than one without. I never give this any thought. I guess if I was asked why I do this I’d say I don’t know and if pushed I’d say that it’s because the handle stops me burning myself. I don’t have the time to evaluate this every time I get a hot drink. I just reach and its automatic. Great in many situations but when it comes to people decisions, these reflexes can often be misleading.

We all have pictures, thoughts and perhaps feelings around people who are different to us. What comes into your mind when you read the following brief descriptors: South African; Parisian woman; man from Tokyo; person from Dubai, Irish gentleman; Danish grandmother; Iranian?

Something will crop up for you and it will be based on multiple sources filed away in your brain; your own experience, the media, films, the images you see when you go onto the web. It may be positive, it may be negative, it may be neutral but like all of us, you’ll probably lean towards a stereotype of sorts without realising it.

In selection, we often fall into the pattern of choosing someone who we think is going to be a great cultural fit. Someone familiar who feels safe. We think they’ll be just right for the team, but are they really the best person for the job or is it that we want them to be?

Recruiting in our organisation’s image is a bit like using the side and rear mirrors to admire ourselves rather than looking at what’s happening on the road.

At best it undermines what we need to focus on and that’s cultural add, the someone who supports your values and brings something new.

To get them, you might need to think outside the box. You’ll need an objective system of selection, questions designed to test competencies and then allow yourself to be challenged by a colleague on the scores you have afforded someone. I’d recommend inviting stringent challenge on your scores. It makes the process transparent and forces you to think, to use your mirrors as they were intended.

Inclusive recruitment involves taking into consideration all your candidates’ differences and giving them each a fair opportunity. It’s about seeing how high they can fly, asking yourself what this candidate might be able to add, rather than looking to weed them out. It’s also putting them at ease in an interview, being courteous and respectful.

Still, sadly, there are some out there who think its ok to put unnecessary pressure on a candidate, to ask awkward questions, to throw something unexpected and make them sweat, to see how they act under pressure.

Unnecessary pressure, just like tailgating, won’t push them to do better. It doesn’t make them go faster, nor does it make them fly. If anything, the candidate might just crash. Faced with excessive pressure, our limbic brain kicks into overdrive as the body prepares its defence of flight, fight or freeze. Capacity for clear and logical thought is cut off when the limbic brain is in overdrive. What you’re left with is a person at their worst and even if they impress you with their resolve under pressure, they may not want to join you. They may also tell the world why, on Glassdoor…

When I’ve facilitated on recruitment, I’ve challenged the notion of cultural fit and encouraged people in hiring to step out of their comfort zones. Someone once asked me if it was a bit reckless to take a risk on someone different to what their usual is. I rather like to think it’s a bit reckless to carry on with the same old.

In conclusion, I’d say that doing this stuff well isn’t about being reckless, it is about being thoughtful in a process which has become for too reliant on instinct.

As I finished this blog today, I checked my car in for a mini-service. I’ve been putting it off and this has prompted me into action.

‍[1] Where Do Firms Go When They Die? - The Atlantic

Five thoughts on delivering targets for ‘Women in Finance Charter’

How trust leads to better performance 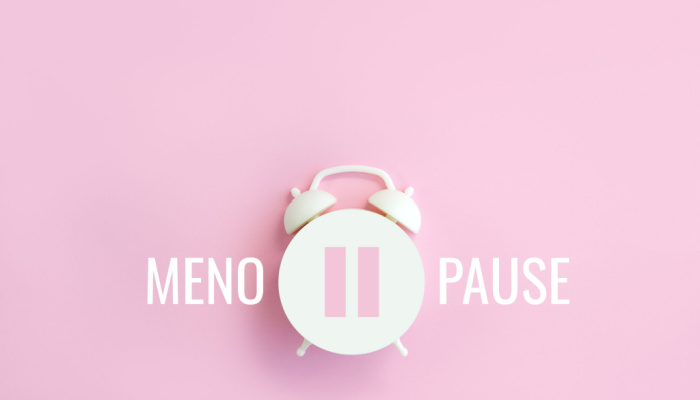 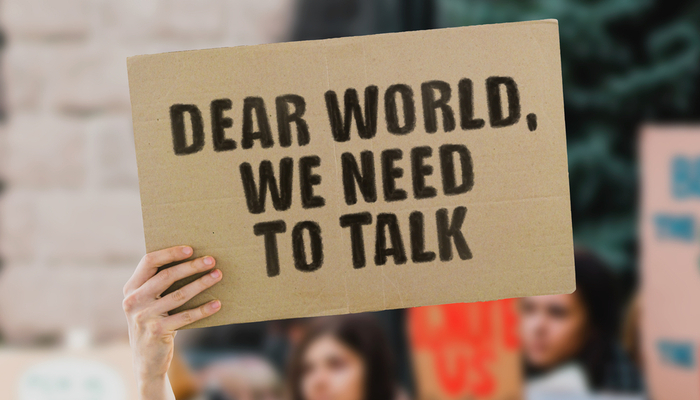 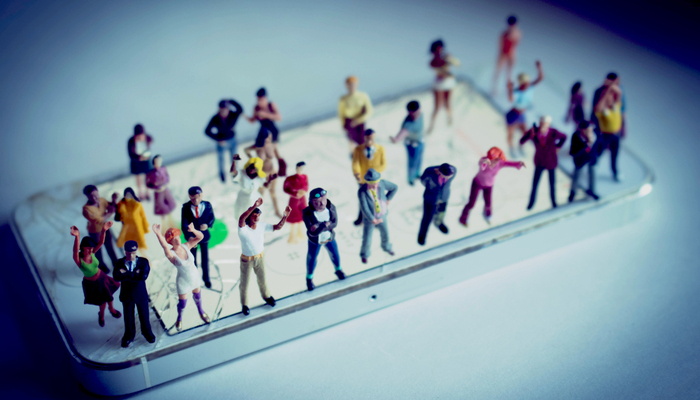