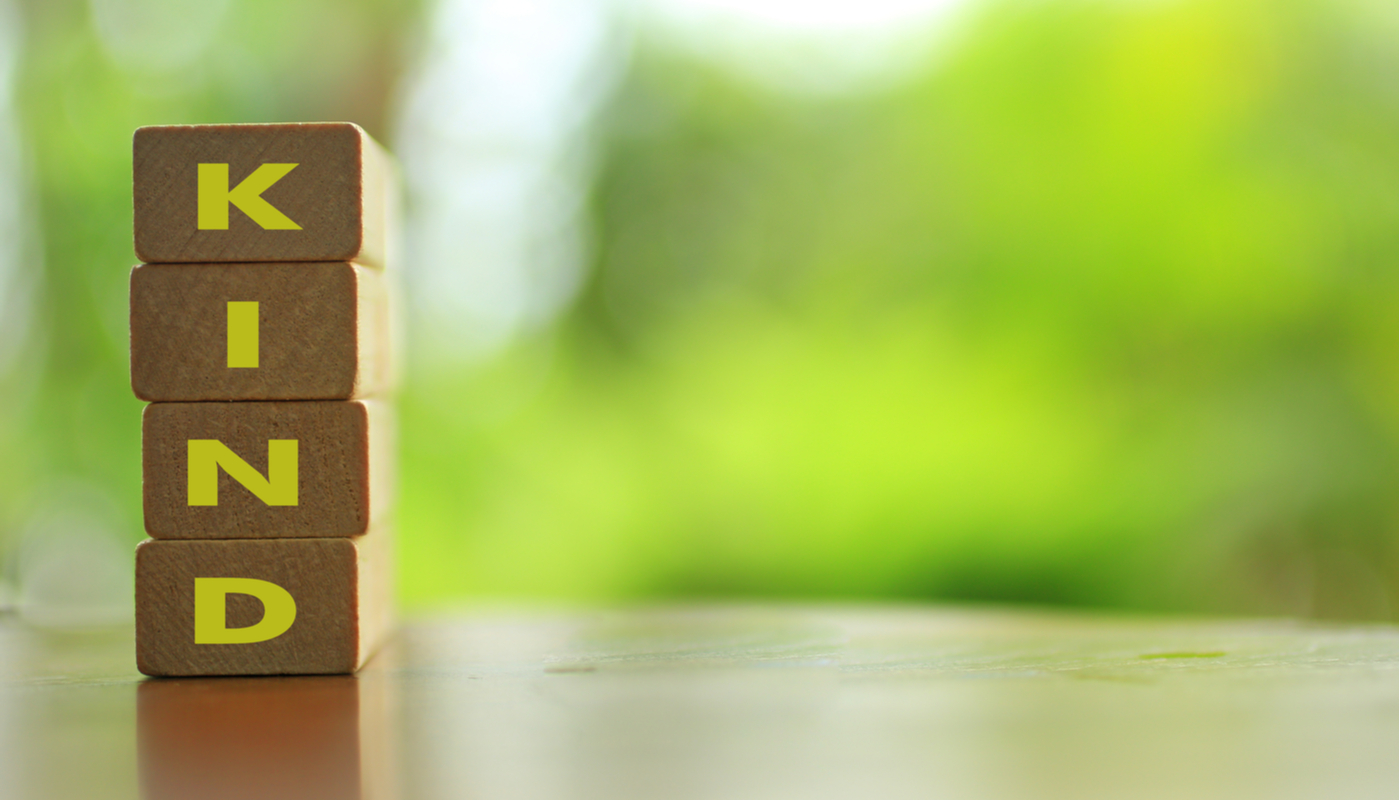 This week is anti-bullying week. The theme is one kind word. By chance I’m spending the week at a retreat in France; one of the final elements of an eight-month programme for me and seven colleagues from across the world. My goal for the week: to embed fearless compassion in my day-to-day. Put more simply, becoming brave enough to make kindness my default.

In March in my first session with Sally-Anne (who leads the course) I set myself the goal of finally becoming the person, the leader, that I had set out to be when I came back from my first cancer in 2009: calmer, wiser and genuinely kinder. Her response was both calm and kind: ‘I think we can do something there.’

I’m someone who talks about workplace behaviour every day, who co-founded a consultancy dedicated to creating kinder, fairer, more productive workspaces and who's written a book called ‘The Soft Stuff: reclaiming kindness for the world of work’. You could be forgiven for thinking that perhaps I’ve already got the kindness thing covered; that I can probably manage one kind word.

The reality though is that kindness does not come that easily. Particularly not the kindness to yourself that forms the foundation on which you build kindness to others. That needs to be worked at and unless you’re kind to you, you won’t overcome the fears that surround kindness.

Traveling to the retreat I have time and space to reflect on some key learnings. It’s in Southern France and I’m going by train – itself indicative of a new, slower and more thoughtful approach. Are there three learnings that could be of real use to anyone else who wants to become kinder?

1.     It’s not binary; it’s about being kinder not kind. In the same way that Dolly Chugh suggests that being a goodish person is a more effective goal than being a good one, I would always now set myself the goal of being kinder. With this in mind, the theme of anti-bullying week (one kind word) seems so right.

2.     The programme’s real benefit for me has been focusing on the idea of my reactive self. Your reactive self is just that; the person who reacts (normally unconsciously and unthinkingly) to things that happen. I’ve given my reactive self a name: Rupert Sang – see what I’ve done there with the initials? There’s also a visual image that makes him more real: a Banksy type graffito of a little boy grimly hanging on to a lead as he tries to control the pet monster (three times his size) he’s taken out for a walk.

Above all else, this is about being more mindful, about putting some space between the stimulus and the (thoughtful) response. It’s about training your mind and that requires regular, if not daily practice. Otherwise, you will just react.

3.     There is one mantra that I am finding so, so helpful: inside all of us there is a human being struggling to find their way.

A few thoughts about those learnings.

Being kinder
A simple thing we can all do is to count our kindnesses. During those long pandemic days, sat at the same groundhog day workspace, moving between Zoom calls and To Do lists, this was really easy to do. Stack up six coins next to your laptop. Every time you consciously do something that’s kind to someone, take a coin from the pile. When you’ve worked through the pile, start again (obviously). You’ll be getting kinder. For me, only kindnesses that the other person would recognise earnt a coin.

Now that we have started moving around again, interacting with people in real life, the pile of coins may become more metaphoric, but the idea remains.

Kind, by the way, is not soft. In Brené Brown’s words, clear is kind. Clarity of intent and action counts for much. Kind can also involve some pretty tough messaging; as long as you’re properly planning how you deliver the message; how you’re going to help the other person see what they need to see. I have come to see kindness as truth plus grace; with grace being you thinking about the other person and how you’re impacting on them. Truth without grace and grace without truth don’t work. Together they do.

Prioritising others’ thoughts and feelings feels like humility (‘it’s not about me’). The kindest leaders, however, probably quite quickly understand how others react to them being kind; your kindness generates a real dividend in terms of creativity, productivity, engagement. This is a genuine win-win.

Your reactive self
The turning point for me this year was simple. It was when I started to understand what’s been motivating Rupert (my reactive self). I had learnt that unconscious fears drive much of how our reactive self’s behave. By definition, you’re going to be unaware of those fears (because they are unconscious).

So, because I was on the programme, I took the time, and personalised it. I sat quietly, with my feet on the floor and my eyes closed, my breathing balanced. My question: ‘what’s been behind those excesses of emotion, the tendency to control?’. I sat with the answers that started to appear. I interrogated those initial answers; I metaphorically turned over some stones.

It came to me quite quickly and probably after only a couple of minutes. I’m happy to share my answer although I imagine yours is going to be different and the learning comes from you engaging with the process yourself.

My realisation was that for much of my adult life, the primary motivation for most of my reactive self’s behaviour has been a desire not to be blamed for anything. This simple realisation has allowed me to be genuinely forgiving to myself. It has helped me with slowing everything down, with letting things be as they are.

The mantra
The mantra (that inside all of us there’s a human being struggling to find a right way) has come to embody kindness for me. Of course, it describes my own travails. It also explains what’s going on for all the other people I encounter. I’m not using it as a carte blanche allowing others to behave badly – kindness is normally going to require that I talk to them about the impact they are having on me or others.

And if I am still struggling with someone else’s behaviour, after I have applied the mantra, I have another trick. I silently list their litany of perceived wrongs in my head: ‘they do x, y and z’.

Then I add ‘just like me’ to the end of the list and I see how I feel. It normally works.

Anti-Bullying & harassment week – my story – being a bully