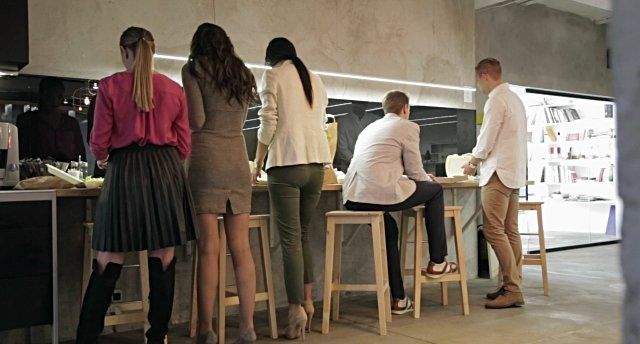 What sort of surprises me is that this is still a question that I’m regularly asked. By men. Normally these days in private conversations or interviews rather than in group discussions, but still with the same vehemence. You might even call it anger. The follow up is often “imagine what would happen if we started sending round invites to male only events!”

There are many ways that I could take this 900 word piece. The one I’m going to choose is to validate the opinion rather than to ridicule it or seek to marginalise it by suggesting for example that those invites have been being sent round the firms we work in for decades. Because we have arrived at a pivotal moment; now more than any other in our recent history we need to ensure that we listen to all of the opinions expressed in our firms. Everyone needs to feel included in the debate.

If populism’s terrible twins (Brexit and Trump) have taught us anything, it should be that ignoring a disaffected minority can have disastrous even unimaginable consequences. Consequences that I have a sense may not be being properly thought through, particularly by the people with the ‘culture’ brief in our larger firms. We may have had the Equal Pay Act before we joined the European Community but the main (anti-)discrimination legislation followed accession. Given the choice, what would Trump or his lackey Farage do with the workplace protections that may appear second nature to many of us, but are actually relatively recent constructs?

Fifteen years ago talking about diversity and inclusion in the City was a very different proposition to today. Even ten years ago people (and I have to be even handed here, people of both genders) were openly and often aggressively dismissive of their firm’s objectives in addressing such matters. Because the general impression was that they were being imposed on business by meddling politicians or bureaucrats who did not understand the bottom line.

Analysing what single factor had most to do with the change in reaction, I would probably say it was ‘the business case’. By which I mean the gradual understanding and acceptance that a mixed group of engaged people working in an environment that welcomed them all had an inevitable (and intuitively obvious) positive impact on the bottom line. It’s always important to remember when we talk about ‘firms’ or ‘organisations’ that a gradual acceptance of that sort happened individual by individual and was passed from person to person by means of conversation. ‘Firms’ don’t actually exist; they are a brand name and a set of (normally very fine) buildings.

That’s why it’s so troubling to me that I still hear the question being asked about women’s groups. Or (male) partners, people who own the business in question, talk to me about feeling marginalised by the internal comms being sent out by their own firm’s women’s network. And these are people who privately support women’s rights, who in their personal lives do what they can to enable their partners to follow their own career or who look forward to their daughters not suffering the discrimination they’ve seen at work.

At its simplest we need to improve the internal comms. Or the chill wind we’re all feeling may blow away much that we hold dear. It will soon become clear that the inevitable consequence of populism is that democracy will no longer buttress the sort of workplace protections we see as second nature. At that point it will be up to firms and organisations (for which read the people in them) to stand up and argue for those protections, at least to maintain them within their own economic units.

The people in those firms and organisations will only do that if they fundamentally believe that there is benefit for them and for their firm or organisation in so doing. And remember ‘false truths’ will be being peddled. We have a limited time to ensure that those male partners don’t feel marginalised by their own internal comms. Instead they properly understand and are in a position to advocate for the women’s network or the allies programme. Because we need them to do that advocating; it’s how we change (or protect) culture.

We need to start conversations, we need to listen to the concerns and we need to explain what makes a woman’s network, an allies’ or a talent programme good business sense. Women’s networks exist because networking is an intrinsically good thing, because the experience of being a woman at work is still fundamentally different to that of being a man and if you don’t get that, maybe you should talk to someone of the opposite gender about it. Maybe men should go along to one of the advertised events; they almost certainly won’t be closed and every time I go I’m made to feel very welcome and I learn a great deal.

But let’s not start explaining anything before we’ve listened. I think that internal comms is often seen as a one way process and I’ve learnt the sometimes cathartic nature of simply listening. I’m running some really interesting sessions at the moment. Give me a call if you’d like to talk about them.