Work addiction, anxiety, Andy and the hard slog towards balance 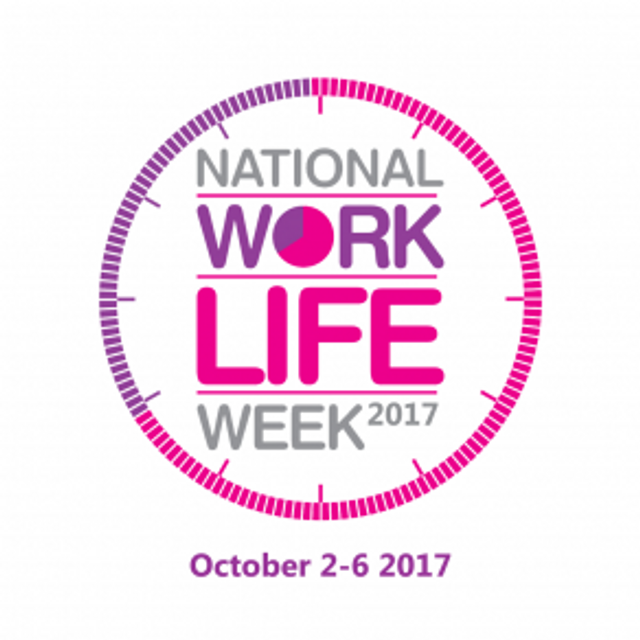 Speaking at a Working Families event in 2010 at the top of the BT Tower I ‘came out’ as a workaholic.  I’d just got back to work after cancer treatment.  Coming out was part of a manifesto of change; doing work that mattered, spending time with my family.  I wanted change because my second cogent thought when I heard I had cancer, was that I’d spent most of the previous 20 years exercised by and worrying about things that really didn’t matter.

In 2017, in the run up to National Work Life Week my youngest son told his Mum about the traits our middle son has picked up from his parents.  ‘He’s got the crazy work thing from Dad’ is perhaps a clue that I haven’t been super successful in finding the balance I wanted!  There’s a whole other piece I could write about role modelling; I’ll leave that for another time.

I’m slowly learning to be less hard on myself.  In 2010, I told a story.  As a new father a respected mentor said to me: ‘Don’t do what I did Matt. Don’t wake up when you’re 50 something and realise you don’t know your children.’  In 2010, I talked about realising that was sound advice, but doing absolutely nothing about it.  The good news is that I do know my children. Possibly not as well as I would like, but … well enough to matter.

However, those seven years have taught me that, even after a life changing moment, it’s bloody hard to change how you do things.  That’s probably going to be the central message of the book I’m writing.  Last week I had my final session with Nick, a brilliant clinical psychologist at the Marsden.  I wrote down:  That’s why pop psychology books from the 90s are so rubbish; you can’t change your life with a bit of goal setting. Personal growth is a long, hard slog.

It is a long hard slog, and I’d add, to be successful, surround yourself with a good team.  I have a fantastically supportive partner. I make a point of meeting regularly with others I love and respect and who I think have real insight into the challenges I’m facing.  In recent months I’ve added Helen, a life coach who offered her services to me and Nick from the Marsden.

Nick and Helen only came on board when I recognised I was in trouble, that I was becoming difficult to work and to live with.  Last summer I had a second cancer diagnosis and some pretty major surgery to remedy it.  The emotional side of my recovery has been trickier than the physical, particularly this Spring, when I suspected recurrence of the cancer (happily wrongly).

My surgery affected my speech.  Allegedly to monitor my progress, I regularly put short videos of me talking about my progress on a website www.well-disposedcancerist.com.  They’re an interesting historical watch (for me).  One of my confidantes (who’s also living with cancer) noted how much I talked about work in those short videos.  She might have expected me to talk about more important stuff?

I asked her if she could put her reaction into words. She wrote; “when watching Matt grappling with whether he was taking control of work over the course of the videos, I wondered if his difficulty reflected the dual and contradictory roles that work plays for him: his way of embracing life, but also his way of escaping it.” Over these last few months, I’ve often thought about those dual roles.  Work is a large part of how I embrace life and it’s always been an escape too.  Before now, I had never understood what I was escaping from.

Bryan Robinson is a respected academic and author of ‘Chained to the desk; a guidebook for Workaholics’.  His definition of work addiction or workaholism (you can choose the term you prefer) makes perfect sense to me: “an obsessive-compulsive disorder that manifests itself through self-imposed demands, an inability to regulate work habits and overindulgence in work to the exclusion of most other life activities.’

In the videos, I kept banging on about having ‘taken control’ of the work thing. It does sound like there is an obsessive element to my relationship with work.  Also, if you’re anything like me, many of your demands are self-imposed and your attempts to regulate your work fail (because they aren’t policed).  Since returning to work in September, no-one else has expected much of me, I’ve driven the demands.  Initially, I designated each Monday as a ‘non-working day’.  That lasted until … basically the first Monday (when I worked!)

For me working is also an ‘indulgence’. There are other important things I could be doing, but I work because it’s an escape.  Bryan Robinson explains that work addiction is an escape from unresolved emotional issues.  The relief it provides from those issues is what’s addictive. Work provides temporary relief and distraction from a deeper condition.  I have to keep working to prevent the embers of that condition breaking out into a wildfire.

In 2010, I wondered what my ‘unresolved emotional issues’ might be.  This year the answer was clear; I was told by the psychiatric lead at the Marsden that I had anxiety.  He said it was related to the traumas I had experienced.  However, my long-suffering partner was quick to point out ‘you’ve always been like that.’   It’s true, and I now see that my work addiction has always been a distraction from, a way of living with, my underlying anxiety.

It’s one thing to recognise this.  It’s another to start the long hard slog to change.  Anyone who has trekked this way before will know that one of the principal anxieties I now must learn to accommodate is …. the anxiety present in doing less!  Having someone else involved helps here.  That was the first goal that Helen and I set for me.   I must have two completely uninterrupted days without work every week.  Ideally, they will be unstructured; I will wake up without a plan for the day.  By and large, I have managed that for the last three months and the results have been noticeable and extremely positive.

I would also mention here the hugely restorative nature of a proper, two-week holiday without any work contact at all.  Something that for various reasons I had not taken for the last five years or so.  I will be taking two a year from now on!

During August, Helen set me the target of working at 50%.  I think I probably managed about 60%, but I worked and continue to work far more mindfully.  When I feel tired, I stop. If I have not done everything on my list, I don’t stress.  I undertake to look at the list as the first thing on the next day I am working.  I keep in front of my mind that most of the demands are self-imposed.

I’ve also recruited another key member of the support team. I’ve never met him, and he’s available to all of you too, completely free of charge for a ten-day period and then at about 20p a day.  Andy Puddicombe and I sit together every morning for 15 minutes via the Headspace app.  Other apps are, of course, available, but Andy and I have clicked!  I’m more present than I ever have been. I’m starting to manage emotions.  I’ve tried meditation many times before, but I’ve never managed daily practice.  Not anymore!  I’ve done 75 sessions in (I think) 79 days. There’s something about the app that appeals to someone with an addictive personality.  I love to see how many consecutive days I’ve managed and how many minutes I’ve done in total.

I challenge all of you who want balance to get a team together and start the hard slog.  They don’t have to be highly paid professionals, just people committed to helping you do the hard work of getting balance.

Stress Awareness Month - be aware of the "I don't knows"

The real cause of depression?

Wellbeing and the bottom line