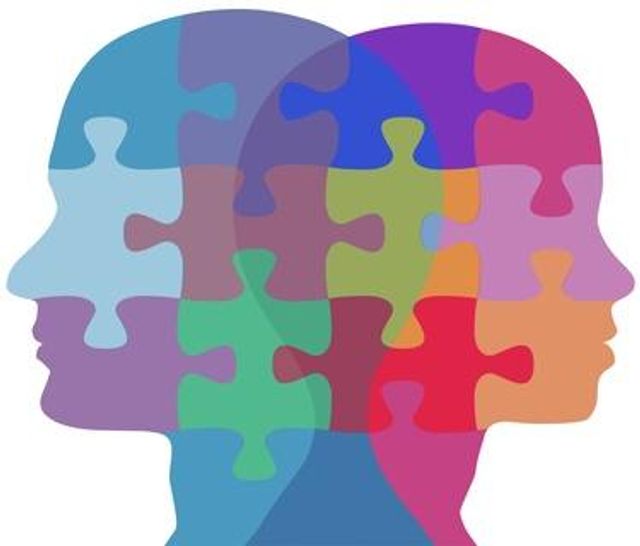 In our mental health awareness training we regularly talk about there being a link between conflict and mental health issues. Our own experience, both as employment lawyers and people, tells us that mental health problems (and in particular stress and stress induced depression) can be both the cause of and caused by conflict in the workplace.

Something that came up the other day made me think about why that is so.

I think the “caused by” part is relatively straightforward to understand. Conflict is stressful by its very nature. It is going to be even more so when it is exists in the workplace given the amount of time we spend in there, the importance of work to our sense of wellbeing and purpose, as well as the dependence we have on it to provide an income for us, and any family we may have. Any conflict there, particularly one that might appear (however rationally or irrationally) to threaten our continued position at work, is likely to cause us considerable stress.

That is so for the person in conflict with the organisation. It is likely to be the same (albeit perhaps to a lesser extent) for those who are dealing with the conflict on behalf of the organisation. Those working in ER ought to be particularly mindful of their wellbeing given their roles.

But why should stress be the cause of conflict? This requires consideration of what a stress reaction is all about, what is happening to our bodies at that time, and the impact this can have upon our reactions. At its heart, stress is a fear reaction to an actual or perceived threat. Our survival as a species has depended upon a highly tuned and effective response to such threats, albeit one developed for our more primitive ancestors whose threats were from wild animals rather than wild deadlines or even wilder managers and clients. It is the same response that all animals share and is our fight, flight, freeze response. (In passing this has made me reflect on what I do with my fear of flying but that is a whole other issue.)

The instant our mind (and normally our subconscious mind well before our conscious mind) becomes aware of an actual or perceived threat it prepares us to respond with one of the Fs. All of those are very physical reactions. Accordingly, what our body does is prepare us physically. We need to maximise the energy available to our leg and arm muscles that will be the key to whichever F we go with. So our breathing increases to raise our oxygen supply, our heart beat increases to raise the blood supply loaded with the additional oxygen, and non essential bodily functions (yes, including bowel and bladder control) close down. Some of our more sophisticated cognitive functions will also be side-lined at this time. We are primed to deal with the physical threat and we won’t always think straight as a result.

As I say, this is all highly effective if the threat is physical and it is this response that has meant we are still here as a species, but it is less relevant or helpful to most of the threats we experience today in our workplaces at least.

But consider the likely reaction of someone who is stressed (and in that primed state) to any kind of unwelcome stimulus. His/her reaction is almost certainly going to be impacted by the state of arousal. S/he is ready to fight and so fight s/he will. It does not matter that the poor recipient of this reaction was not the cause of the stress in the first place, simply that they came along at the wrong time.

Now of course many of us are able to control our behaviour and not “take our stress out” on whoever stumbles across our path – or at least we like to think we are most of the time. But our stress level is likely to have some impact and certainly the ingredients are there for conflict to arise. And with less soul searching we can all very easily picture a stressed colleague shouting at whoever comes near them.

Another part of our primitive emotional system teaches us to be wary of things we don’t recognise or don’t understand. Again it is part of our survival instinct. That wariness is itself a threat response, albeit perhaps to a lesser extent to that we feel when confronted by a hungry lion. It probably lies at the heart of many of our prejudices.

Too many of us do not understand or recognise mental health problems. Part of the battle at the moment is all around raising awareness, often said to be about reducing the stigma associated with mental health problems which of course is important. But there is another reason for raising awareness and creating understanding which relates to conflict. If I see someone behaving strangely, perhaps reacting in ways that seem odd to me, my reaction is going to be one of fear. My body therefore prepares me to fight, flee or freeze. I am primed to react aggressively and that is what, all too easily, I just might do. And if I do that, I am likely to cause conflict of some kind.

Again, I am not saying this will always inevitably be the case but it creates a risk at the very least. Anger, if we think about it, is in itself a threat response.

My children regularly tell me that the things that used to make me angry now just make me anxious.

Professionals need to spend more time looking after themselves, rather than always putting others first.