Don't write it off. A case study making a case for mental health at work 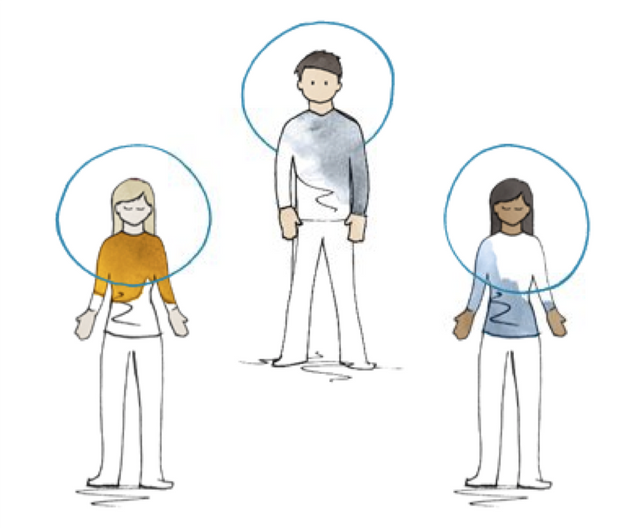 “The day I qualified as a solicitor I was, the senior partner told me, ‘exceptionally technically talented.’ ‘The one to watch.’ …

Less than a year later I'd handed in my notice. I’d had enough. I was stressed, I’d lost confidence, and I was drinking way too much. I didn’t talk to them about it. They reckoned they’d invested $$$$,000s recruiting, training and developing me by the time I left…”

How easily can an organisation write this off? Write him off. Maybe it’s just a hard fact, as his boss said at the time, that some people are just ‘nottemperamentally suited’ to the demands of City life. Can’t cut it.

But that’s just not a good enough response. We need to be more curious. How does someone so talented and committed reach such a low point? What could be done to prevent it? There are many compelling reasons why employers need to focus on mental wellbeing and get this right:

Pressure affects individual performance – which impacts on productivity – the bottom line. Some pressure’s fine, essential in fact, if we’re aiming for optimal performance. We need ‘eustress’. But too much pressure and human brains just don’t function so well. When a person passes the pressure tipping point and falls off the performance cliff on the other side the impact on productivity, the team, and the business can be severe.

Working late, trying to meet expectations, never saying ‘no’, the solicitor had made a few mistakes, but he’d quietly fixed them. But the risk had been increasing. What if his next mistake had been more serious? Who is called to account when the client complains, the deal is lost, or the organisation’s reputation is damaged? It’s an understatement to say it’s uncomfortable when the inevitable questions get asked about how it happened and it becomes clear that the signs of stress and burnout hadn’t been noticed or, worse, had been ignored.

Stress impacts on behaviour which in turn impacts on the working environment. Put simply, overly stressed people don’t work as effectively with others. Initially a popular and positive team player, the solicitor had withdrawn, hadn't been along for a drink with the team for some time. Low morale, stress, and decreasing engagement have a ripple effect on a wider team.

Wellbeing is an essential part of a positive workplace culture. Is it possible to credibly claim to be a values-based employer without having a genuine and demonstrable commitment to supporting employee mental health? And there’s little point in ‘window-dressing’ workplace policies with mental health buzzwords if what people see on the ground day-to-day is something quite different.

So fearful was he of being accused of ‘playing the system’ the solicitor never so much as murmured about the firm’s legal responsibility for his mental health. He could have. There’s a real risk, if harm occurs, that an employer may be legally (and expensively) liable for it. And that can be the case even if work itself isn’t the only cause.

Perhaps the most compelling reason for supporting wellbeing is that, on a human level, we simply have to care about each other. It’s about doing the right thing. Otherwise, what’s the point? At its worst (and it happens) suicide is devastating for anyone touched by it.

What if the end of the story is that, ten years on, that solicitor is now is a top-billing partner – he’s just bringing in those fees for another City firm? The competition for talent out there is fierce and the talent can always choose. What is your target talent really looking for in a workplace? Even the most cynical leaders need to take note of the critical business importance of investing in mental health.

byrne·dean provides a range of mental health training and support. To find out more click what we do or email enquiries@byrnedean.com, or have a look at this short film.

Lawyers and mental health problems – too many heads in the sand?

Suicide – it’s a big word. Let’s get comfortable with it.

Do you know how your people are?
More articles by
Alison Best