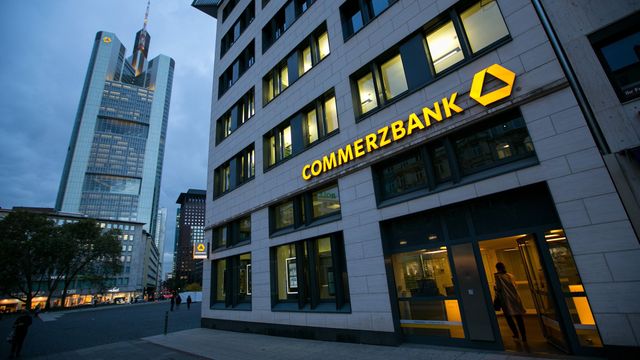 On Friday I flew in from New York and did something I hadn’t done in years: I pored over a tribunal decision: Rajpoot v Commerzbank.   Much has changed, much remains the same!

The most obvious thing about the decision is that the tribunal was happy to accept that "discrimination may result from stereotypical assumptions that disadvantage women" .

The soundbite from the case is probably that "men are often praised for their hard work and determination, whereas in this case it’s notable that Mr Niermann referred to the Claimant’s ‘unhealthy obsession with work’."

Possibly more striking was the evidence Mr. Niermann gave that he viewed the two female team members as divisive because, after their boss’s departure, "they were coming into my office, putting  forward their positions, their own interests".   Isn’t that exactly what blokes have been doing for years?  Without being labelled or viewed as divisive or forceful (which the tribunal suggested was possibly a better word to describe Niermann’s labelling of the women).

After almost 30 years of looking at employment problems in banks, I see the case as an everyday story of banking folk.  A man left a big job (a Head of Compliance role). He had three direct reports.  The senior person dealing with the fall out perceived the two (more senior) women as difficult and preferred the more junior, more user friendly man.  He knew he couldn’t say that, so he fudged things.  He promoted the man but, when challenged, denied he’d actually done that.  His long term decision was to bring in fresh talent. That way he didn’t have to promote either of the women (whom he saw as difficult) or deal himself with a difficult problem.

1. The central learning from the case for any bank is very simple.

The bank’s problems stemmed from the selection of the man over the (more qualified) women as point person or acting head pending the external appointment.  The tribunal was astute in saying that allowing someone to act up in a role like this is exactly the sort of decision that advantages people and, therefore, that drives gender disparities at senior levels. The learning: be clear that every decision affecting someone’s career is made transparently.

There was no process around the choice of the man as an interim.  Indeed the tribunal found that Mr Niermann continued to insist that he hadn’t actually made a decision, when in fact he had.  In addition to saying that opaque decisions like these increase the risk of discrimination, the tribunal found that requiring Ms Rajpoot to work as a subordinate to the man while denying the situation existed amounted to harassment (because she was required to work in a hostile environment).

The evidence was clear, the selection of the interim related to his personality: he was easy to get along with and a good communicator.  Of course, there was no evidence that either of the women was a poor communicator or difficult to get along with.  This was just something in the decision maker’s (possibly unconscious) mind.

Having heard the evidence, the Tribunal understood that Mr Niermann needed someone with the experience necessary to manage what he saw as a toxic environment.  By not being clear and transparent about that, he and, therefore, Commerzbank didn’t help themselves.

The internal employee who subsequently heard Ms Rajpoot’s grievance could not find clear evidence of discrimination. The Tribunal could: discrimination does not have to be overt and can result from stereotypical assumptions – here that the women were difficult.

We could encourage grievance hearers to be braver in their decision making, to say if they think there may have been discrimination?  Surely though, it’s far more important that senior managers walk towards problems and problem teams?  And when they get there, they need to be transparent whenever their decision will affect someone’s career.  Here that would have meant clarity about the criteria on which the selection was being made and a documented assessment of the candidates. Even for an interim role.

Had Mr Niermann grasped the nettle, been clear that he saw the environment as toxic and needed someone removed from the history and with significant management experience to reboot things, there probably would not have been a problem. Instead he was opaque.  There were no notes of the interviews with internal candidates.   When Ms Rajpoot asked about the choice of an external candidate, he told her the bank needed "someone to hit the ground running".   Unsurprisingly perhaps, someone who announced her maternity during the selection process thought that may have influenced the decision?

This is one of those cases always described by those who’ve lived through them (including I have to say the bank’s legal team) as a nightmare.  Ms Rajpoot brought a grievance, then a claim.  She required thousands of hours to be spent unproductively dissecting what had happened, apportioning blame.  She put eight of her colleagues through a professionally conducted, forensic cross-examination of their treatment of her.  Yet she remains employed by the bank, working alongside those colleagues and protected from any adverse treatment.

Nor was she, as it’s so often alleged of people in her position, just after money.  Arguments are now taking place about how she is going to be properly recompensed?  How are her future applications for promotion going to be handled by Commerzbank? It has always struck me as surprising that the tribunal’s powers to compel employers to make amends aren’t more used.  Perhaps this is going to be how the #MeToo generation of complainants role?

3. It all arose because of a micromanaging boss

To be clear Mr Jooma, the Head of Compliance whose departure created the vacancy, didn’t give evidence to the tribunal. Nor was the word bully used in the tribunal’s decision.  However, Mr Jooma’s reputation was well known: at least two of the team who gave evidence had sought assurances about his behaviour before agreeing to work for him.  The hierarchy and HR would have been aware of his reputation; they were certainly aware (as the tribunal was) that a toxic atmosphere remained after his departure.  It often does.

I’m possibly bound to say this (because team interventions in banks and kinder, fairer, more productive workplaces are my thing) but, surely the situation could have been addressed rather than ignored?  The learning is that this sort of environment fosters many grievances and claims.  You don’t have to bring in an external consultant, but you need to do more than pretend no-one will have been adversely affected by prolonged poor management.

4. They should have let her attend the quarterly meeting

Commerzbank acted unlawfully when they did not let Ms Rajpoot attend a Quarterly Review meeting about half way through her six month maternity leave.  She wanted to attend and she was dissuaded from doing so by her newly appointed boss.  Keeping in touch days for women on maternity aren’t new, they were introduced in 2007.  Anyone managing someone on maternity should be trying to allow them to keep connected.

The problem, of course, stemmed from continued fudging and obfuscation (and further, this time maternity, discrimination).  Ms Rajpoot’s job was effectively being done by her subordinate.  The maternity locum was providing support to the subordinate.  This was never going to end well.  What would happen when Ms Rajpoot returned?  Proper thought had not have been given to the management of Ms Rajpoot’s six month absence.

5. If process isn’t taken seriously, it won’t help you out.

The simplest defence to a discrimination claim is to have a good business reason for the decisions being made.  A talent rating system would seem to be exactly what’s required. It can explain decisions like this: X got the role because .....

Commerzbank had just such a system.   In September 2016 the three internal candidates for the position were rated on a nine box grid.  Both women scored B1 (B for performance and 1 – the highest grade – for potential).  They were also assessed as being 2-3 years away from promotion.  Sadly, for Ms Rajpoot she had been only 2 years away from promotion one year earlier.  Her female colleague had fallen further, she had been 1 year away the previous year.  What meant they were less promotable?

Both women were still seen as the highest potential.  Their male counterpart was rated as A2. Despite having less potential than either woman, he got the interim promotion.  A witness clarified for the tribunal:

"The reason Kevin was set a year closer .... is because Kevin’s personality (being easy to get on with and being a good communicator) made him more ready."

FCA rules requiring integrity are an opportunity to make firms stronger. Not a boring necessity.

How to be an inclusive leader

Dealing with rape claims in a post #MeToo workplace