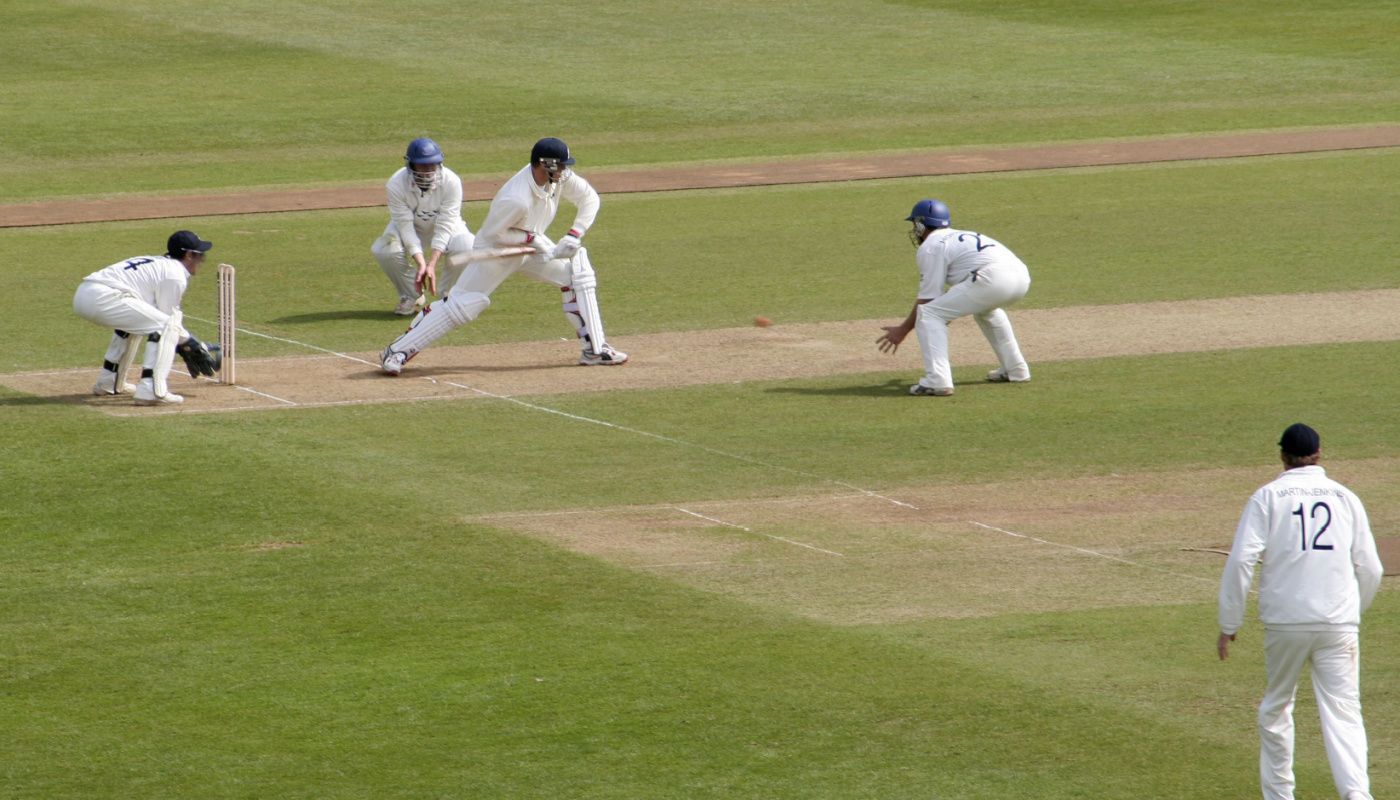 I love cricket. I was properly introduced to it by a well-intentioned white bloke who taught at my state middle school. He gave us so much of his time; I will forever be grateful. Mr Webb, Hamworthy Middle, 1975. Australia were touring.

In case you’re worrying, I don’t mention Mr Webb being well-intentioned as a presage to something bad happening. We’ll come back to intentions shortly. I was certainly a success story for Mr Webb. I played hundreds of games over 47years until I retired last year. I’ve also been a grass roots administrator. I ran a wandering side called the South Indies (an overwhelmingly white club, started by an Indian friend of mine in a South London pub) for three decades. I got my coaching badges and started up a junior section at my local village club in Sussex. I ran that for over ten years. My first goal was simple: introducing kids to the game who wouldn’t otherwise get the chance. I retired somewhat disaffected; we had over 100 juniors playing regularly, but we were basically providing privileged kids from posh schools more opportunities to play the game.

Facilitating participation from under-represented groups was my goal, but it was a struggle. We had limited success getting into state schools. In some ways, my job was more difficult than Mr Webb’s had been; he was inside a school, surrounded by a group of sport mad kids who were representative of their community. There were no safeguarding rules and few rival distractions for us. The kids who did come to us from state schools tended to be from cricket families (or sometimes sport families trying out cricket). I loved the success we had with a couple of neuro-diverse players, but in hindsight, I probably was too passive. We took the easier path; good players turned up from prep schools – they brought their friends.

My involvement with the elite level of the game (at Sussex –where I live) was tangential, but I have seen at first-hand the challenges professional clubs face in establishing pathways to that level of the game.

Professionally, I talk every day about leadership, inclusion, equity and diversity. I was once an employment lawyer and I’m the founder of an organisation dedicated to creating kinder, fairer workplaces. We investigate allegations and incidents, including within elite sport. First and foremost, my professional focus is on making this stuff accessible to people like me (and here I probably mean other well-intentioned, probably white, possibly white-haired leaders).

I have sat and watched, sometimes in disbelief as Azeem Rafiq’s complaints have been handled by his colleagues, his club and the wider game. Now we have had the resignation of the Cricket Scotland Board and my colleague Ajit Moorthy’s fantastically simple piece at the end of last month about those events. Rugby too is starting its own investigation; watch this space. It’s clear to me that we need some simple guidance for leaders in sport.

In January, I was stunned by the comments of Mike O’Farrell, the Chair of Middlesex appearing before a parliamentary sub-committee. In his prepared comments (not under cross-examination), Mr O’Farrell rolled out unhelpful and damaging stereotypical cliches; the sort of thing I might expect to hear from people who haven’t thought that much about this stuff. In short, he said that Middlesex lost players because Black players were attracted to football and South Asians to education. And this from a leader, someone chosen to speak for his sport.

If you’re thinking, ‘but that’s probably true, they probably do lose people in those ways’, what you’re not thinking first about is the impact that comments like that will have – primarily on people who hear them and don’t have your lived experience. Nor are you thinking about what they say about the mindset of the person talking, about whether they are a good person to be leading change.

In January, after hearing Mr O’Farrell, I started to write some guidance on how a leader can be an effective advocate for a racially equitable organisation. January was not a good month for me health and particularly mental health wise. I lost interest and it felt like the moment had passed. Then, just before our August shutdown, I saw Ajit’s piece and remembered what I’d written. With his help, we’ve crafted this guidance. It’s written as it would relate to someone running an elite cricket team. But it’s the same for anyone, wherever you are trying to advocate for racial equity.

It’s principally for leaders like Mr O’Farrell (again well-intentioned, probably white and possibly white haired). We’re all well intentioned by the way: me, Mr O’Farrell, Mr Webb. The point is, our intentions don’t affect the outcome that much (unless we follow this sort of guidance).

1. Above all, you have got to be intentional, in a way that I wasn’t with the juniors at my local club. I wanted to create a representative group, but was too passive. You also need to be committed to racial equity – to the idea that everyone needs different levels and types of support to release their true potential. If you are someone who insists that everyone should get (and probably already gets) equal treatment or that the causes of under-representation are outside your control, then we respectfully suggest you don’t become a spokesperson or advocate.

2. Make your own personal commitment. Something simple that becomes your purpose in this space: ‘I am going to do whatever I can to bring about change in my sphere of influence – to make my club/my firm more equitable’. Write it down somewhere important and visible. Hold yourself accountable to your commitment. As an aside, that commitment will probably require you to influence the people around you too, but start with a simple, personal commitment.

3. It’s really helpful to adopt a change mindset too. This might sound like trendy management speak, but I think it could really help people like Mr O’Farrell. His mantra could have been: ‘The way we do things now is not ‘right’. It’s the product of how people like me have chosen to do things over many years. The choices that people like me have made for the Club over those years have produced the structures and the first team that we now have. I am committed to changing the make-up of that first team’. This mantra is probably far too long; a mantra only works when it’s short enough for you to recall it and replay it silently to yourself at critical moments – for example as you are preparing to talk to someone about change. That could be the mother of a player from an under-represented minority or a parliamentary sub-committee.

4. Whenever you are talking about your commitment or about the change you are advocating, have it in your mind that the most important thing is the impact that you are having on people who will hear you. It helps to personalise things. Have some real people in mind; if it’s just a conversation, you’ll obviously have the person you are talking to in mind. If you’re making a public statement, think about someone who you want to benefit from the change or someone who has suffered in the past as a result of decisions made. Unless you make your comments about real people (who you know and care about), you will run the risk of saying they when you talk about groups of your players. Mr O’Farrell did this. It’s incredibly difficult to sound inclusive when you’re not thinking about an individual.

5. Before you can be an effective advocate, you need to do some groundwork: have proper conversations with people in minority groups about how they are experiencing your organisation. Introduce the conversation by setting out your personal commitment and by saying that unless you can properly understand their experience, you won’t be able to make changes. These conversations provide you with data and, of course, make it much easier for you to do the personalisation mentioned above.

6. During those conversations, your job is simple: listen carefully and listen to understand (not to solve yet). Don’t offer any opinions unless you are asked. If you are asked for your opinion, be thoughtful about sharing – and possibly decline or defer ‘until I know more’. Certainly, don’t offer any solutions (yet). Above all, don’t be defensive; don’t try to explain or justify why we are where we are. At this stage, listening and valuing others’ opinions is critical.

7. When you’ve heard everything, then you can start thinking and talking about how to proceed; how you can be an effective advocate, how you can bring about change. Plan the change, remain intentional.

To be clear, these guidelines are not directed at the situation where a complaint has been made, but what we say above is relevant then too. After you have committed yourself to a full and unfettered investigation, you can establish trust in the investigation by personally engaging with people from minority groups and following the same guidance: set out your personal commitment, listen to understand etc. When you have the results, then you can plan.

Our role at byrne·dean involves talking to people along the timeline; if you want to be a proactive advocate, it’s about how to have some difficult conversations. We also mediate between disconnected individuals and investigate allegations of wrongdoing. If you’d like to talk about this stuff, just get in touch.

#ChooseToChallenge at work? Okay. But how?
More articles by
Matt Dean