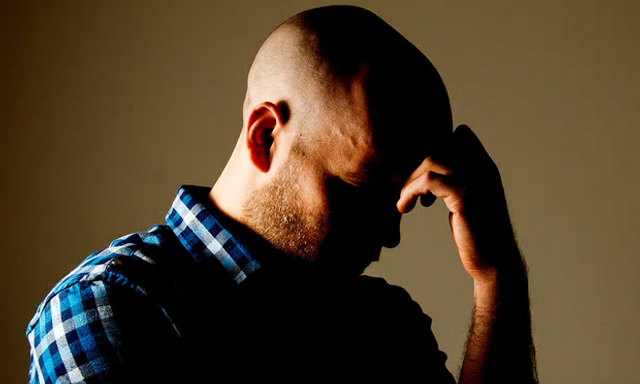 Another week and another major survey is published around mental health.

This time the Mental Health Foundation reports on how fewer men than women will disclose their mental health problems. 28% of men did not seek help (compared to 19% of women) and a third of men waited more than two years to tell anyone, even their close family, or chose never to disclose at all. The pain of living with mental health problems is bad enough - trying to hide it from those around you must be agony, for you but also for them.

And it is worth noting that these figures (presumably) relate to those who were sufficiently self aware and informed to know they had a mental health problem. There will be many more out there who are experiencing various symptoms of problems but simply carry on, unaware, or perhaps just believing this is how life is.

The overall figures also reflect research published in Scotland a couple of years ago revealing how few people (one in five) told their employer about their mental health problems.

The gender disparity might also be read alongside the Adult Psychiatric Morbidity in England 2007 report which showed far more women than men receiving diagnoses for anxiety and depression disorders... and far more men than women being diagnosed with alcohol or drug dependency. And that's before you get on to the figures which consistently show suicide being one of the (if not the) biggest killers for men in their twenties, thirties and forties.

It is not all one way though. A colleague putting together a platform of senior business leaders to talk about their experiences of mental health problems had no shortage of men willing to speak out - the problem he had was finding women, which no doubt speaks to the additional pressures women may still feel in being accepted as equal participants in the workplace.

At the end of the day though, we can get distracted by gender (and other) differences in this context. Mental health problems affect us all. Getting people, whoever they are, to speak about their experiences is the best way to break the stigma and make mental health and wellbeing something about which we can all be concerned and which we can discuss. This is why initiatives such as the Lord Mayor's This Is Me In The City (of which I am proud to be on the steering committee) are so valuable and important.

We can talk about the stats, one in this or that. Ultimately, however, we all have a state of mental health and wellbeing, whether good or bad. The stat that really matters is one in one. We should all be learning more about it and making positive wellbeing something for which we actively strive. Its good for us, for our families and for our work. And if we are taking notice, we will also be able to spot when problems are arising and take steps to do something about it before those problems overwhelm us.

Surviving or thriving - the lumps of mental health

Developing resilience to survive and to thrive

Are your meetings mentally healthy?
More articles by
Richard Martin