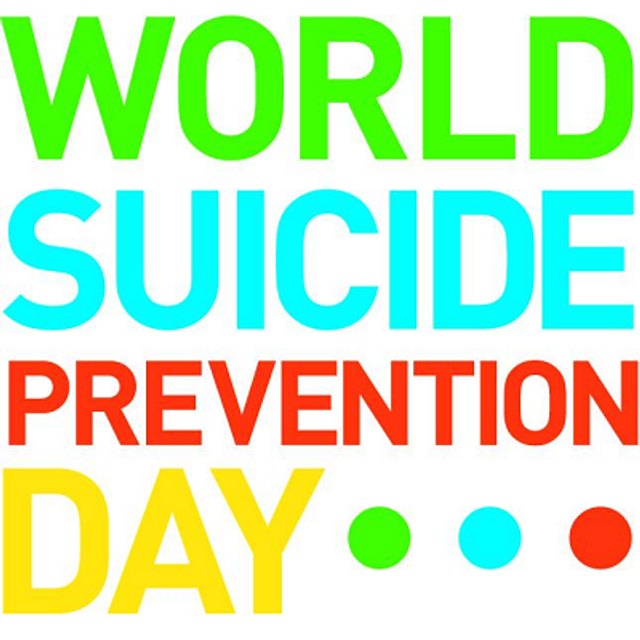 In the aftermath of a suicide, amidst the grief and pain, the question of why the person took their own life is so often the most difficult to answer, not least because the only person who can really answer is no longer there, closely followed by feelings of guilt that we should have done something.  We are of course all different and the reasons people end up feeling suicidal will be both deeply personal and very individual.  There are, however, I think, some common threads.

In my own case, at the times when I felt suicidal, it was simply that I did not feel that I could bear the pain of living any longer.  It wasn't that I wanted to die, simply that I did not feel able to live.  The pain of constant and overwhelming anxiety at times just got too much and I could not see it changing, or changing quickly enough, for me to be able to get through.  And so there were times I thought that the only way through it was to end my life.

Thankfully, those thoughts did not last for long periods and I did not get too far along the road to a plan.  Various ideas came to mind but I dismissed them all on the basis of being impractical or that one of my kids might end up being the one that found me.  I know that the difficulties I experienced were not nearly as bad as others do and often, in the depths of severe depression, one's own feelings can be so intense that you do not have space to be able to think about the impact upon others, or perhaps have come to the view, in a surprisingly selfless, if incorrect, way, that they would be better off without you anyway.

The point though is that suicidal acts begin with suicidal thoughts and they will often be around that sense, for whatever reason, that the person does not feel able to manage life any longer.  Feelings and thoughts are not always true or real.  The fact that I think or feel something does not make it true.  The fact that I think the pain is too much to bear, or that things will not get better, or that people will be better off without me, does not make that true.  Often though, in the isolation of one's own mind, one can lose one's own sense of perspective and judgment and do not have access to that of others.

Suicidal thoughts are also inherently transitory in nature.  They are how we think and feel about our current situation and the options available to us right now, all of which will change - a permanent solution to a temporary problem is a phrase that is often used.

There is much research that backs this up.  Some is based around the availability of the means to take one's life.  If I am having suicidal thoughts and I have a gun then I can do something about those thoughts right now.  If I don't then it might be more difficult and by the time I have managed to find an alternative those thoughts may well have passed.  When paracetamol and aspirin stopped being sold in large quantities, or even just when they were put in blister packs rather than bottles, suicide rates by these means declined.  Although one is at greater risk of suicide if one has made a previous attempt, most people who survive a suicide attempt, or who get through periods of suicidal thoughts, go on to live fulfilled and happier lives, pleased that they did not die at that time.  Because someone is suicidal right now does not mean that they always will be.

Suicidal thoughts can last for days or weeks or even longer, but they can also be shockingly shortlived - which is where the Samaritans' phrase "Small talk saves lives" comes from - sometimes, just talking to someone about the weather, or their shoes, or even (do I mean this?) Brexit, for a period may be enough to get them through their moment of crisis.

All of which brings me to the following thoughts.  If we have the courage and kindness to talk to someone in distress, and ask about their feelings, and be prepared to listen, without judgment, to the answer, we may help them realise they are not alone, and that their thoughts and feelings may not be true - they will often realise this for themselves once they hear their own thinking out loud.  We may also be able, gently and kindly, to offer some hope, that however bad things may appear right here, right now, they may not always be, or feel to be, so bad.  There is always hope, however hopeless we may feel.

But this all does require the willingness to talk about suicide.  Odd though it may sound or feel, perhaps use Suicide Prevention Day - Tuesday 10 September - to do just that.  Talk to a mate or your partner about suicide - not because you are worried about them but just to try it out.  Maybe read an article and use that as the basis for a conversation.  By making it something we feel a little more able to talk about, when we are needed to support someone in distress we may be that little more prepared and have done our bit for suicide prevention.

(Of course you could always also attend some training but my colleague Mark has covered that off!)

September 10 is Suicide Prevention Day. We are proud to donate 2.5% of our Mental Health related income to the Samaritans: https://www.samaritans.org/