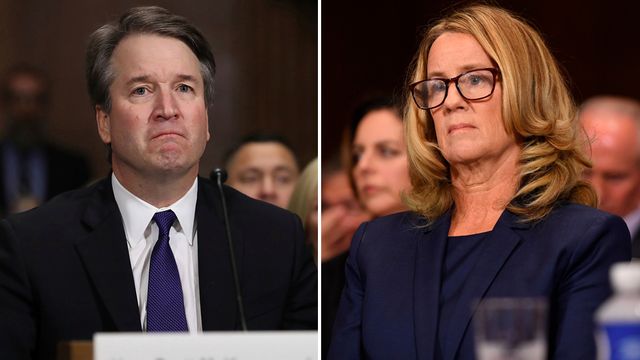 Last week’s Supreme Court nomination hearings provided gripping political and human drama. Their impact will be tumultuous. It’s easy to forget that what we’re watching is an employment process; an application being considered, decision makers doing due diligence.

Numerous workplace problems, of course, involve a (s)he says, (s)he says situations. One person alleges something was said/done, the other denies anything of the sort ever happened.  From an employment perspective the Senate decision makers have made a sensible procedural request: investigation.  The pause allows us to reflect on what everyday workplaces can learn from last week?

Let’s not forget that the UK has its own high profile, sexual misconduct political drama.  How the Scottish government handled two separate allegations against former First Minister Alex Salmond hasn’t been on our screens in recent weeks, but will surely reappear.

1.  How polarised are today’s workplaces?

What seemed most remarkable about last week’s hearings was how much people’s tribal affiliations and experiences clearly affect whether they believe one party or the other.  Republican or Democrat, conservative or liberal, male or female, survivor of misconduct or someone unjustifiably accused, these seemed to be the critical factors. Is it the same in everyday workplaces?

It would be nice to think that most workplaces aren’t highly polarised and people making decisions have the parties’ and/or the firm’s best interests front of mind. Policies often help by providing for an independent investigator and decision maker, unknown to the parties, from a different department.   When either party is so well known, so popular or so senior that that’s not possible, you may need to invite an independent investigator.

Post #MeToo it feels as if decision makers need to be honest with themselves.  What’s their position? Is their decision making affected by a pro #MeToo sense that accusers should be supported and listened to or the converse sense that people being accused need protection, the PC pendulum having swung too far?

2. Does it all come down simply to who you believe?

For years I’ve exhorted investigators (and decision makers) in (s)he says, (s)he says situations to do their job and actually  decide who they believe.  It’s too easy to make an anodyne finding that supports the status quo, because there’s no compelling evidence either way.  That remains my opinion.  However, last week’s events reinforce just how much what or who we believe can be influenced by our unconscious biases.

Decision makers need to understand that as human beings we make decisions based very much on emotion, experience and gut rather than on fact.  It’s important for them to surface their own experiences and preferences and to be conscious of the things that may affect who they would like to believe.  They need, if possible, to look dispassionately at the credibility of each witness (whether they are believable) and for any factors that corroborate (support) any evidence they give.

I’d comment here too on the sort of character witness evidence parties often bring forward. How someone has conducted themselves over the course of a lifetime is actually of limited probative value, limited relevance to the question being asked.  Of course, it’s likely to make a decision maker more likely to want to find in someone’s favour and my point is that evidence of this sort should be seen in that light.

3. Does #MeToo necessarily mean that good men will lose their reputations simply because allegations of misconduct have been made?

In interviews last week I heard Kavanaugh supporters repeating this popular post #MeToo mantra.  The truth is that if the movement is going to have real impact, allegations of impropriety need to be taken more seriously and some people against whom there is only circumstantial evidence are going to be found to be at fault. That would be seen by #MeToo proponents as part of the rebalancing of the playing field.

Kavanaugh’s complaint is, of course, that his reputation has been ruined.  That I think is sadly the sort of thing that can happen when you put yourself forward for the scrutiny that high public office entails. It’s not something that is relevant to many employment situations.

The critical issue to understand is that in last week’s hearings and, indeed in any employment setting, we use a burden of proof far lower than the criminal burden.  Because in employment decisions, no-one’s  going to be deprived of their life or liberty.  Someone may lose their job or they may not be appointed to a position they feel entitled to, but this is a lesser species of decision. As such people making employment decisions use the civil burden of proof:  ‘Do we think it’s more likely than not that Kavanaugh was in that room and did the sort of things Dr Ford is alleging?’

4. How relevant is the concept of innocent until proven guilty?

In those same interviews people insisted that they thought in the US people are innocent until proven guilty.  That’s true.  But innocence and guilt aren’t particularly relevant to an employment dispute.  Judge Kavanaugh isn’t being accused of a crime,  the people vetting his job application have heard that he may have acted inappropriately in the past. They simply need to decide whether they think it’s likely he acted in that way.

5. Is it right that allegations can be made some time after the fact?

For all sorts of reasons including some related to (the abuse of) power, embarrassment or difficulty raising issues, and the perceived likelihood of being taken seriously, it’s been accepted for decades (in the UK and I believe the US) that inferences need not be drawn from the time when a complainant chooses to raise an issue.

In any employment situation (including last week’s proceedings) the question is simply ‘do we understand why the complainant chose not to raise the issue until she did?’  Dr Ford alleges that she chose the moment when the Judge put his name forward for an enormously powerful public position.

6. Is how the party’s conduct themselves now (so long after the fact) relevant?

Where the primary facts are disputed and there’s a lack of clear corroborative evidence (from people who were there or documents created at the time), how the parties conduct themselves once the allegations have been made can be relevant and will affect their credibility.

One insightful and judicially recognised approach is to consider: ‘if what the other party is saying is true, how likely is it that the party would have acted in the way that they have?’   This approach is often enlightening. In the case of Blasey-Ford and Kavanagh, decision makers should be asking themselves first, if Kavanagh was never in a room (as he alleges), how likely is it first that Blasey-Ford would have put herself and her family in the situation that she has?

The other question the approach raises is if Kavanagh is entirely wrongly accused, how likely is it that he would have stayed largely quiet and defended himself in the way he has? The most obvious supplementary question, and therefore legitimate to ask is, “If nothing of this sort happened, would he not have immediately suggested a full FBI investigation and undergone the polygraph?”

7. Have the decision makers understood the importance of intent and impact

These two words are quite simply the key to understanding harassment.  The simple truth is that the intent of an alleged harasser is seldom relevant, it’s the impact of their actions that’s critical.  Impact is hardly ever something that an alleged wrongdoer focuses on.  Using the lens of impact rather than intent always shows harassment situations in a different light.

"His private life should remain private!"

We can all be bullies (we just don't see it...)
More articles by
Matt Dean